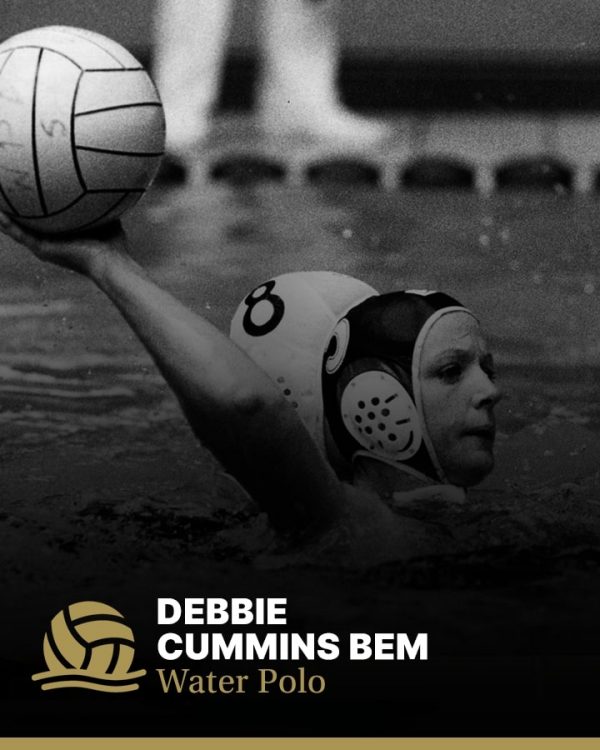 Debbie Handley Cummins BEM was inducted into the Sport Australia Hall of Fame in 2017 as an Athlete Member for her contribution to the sport of water polo.

Handley Cummins is considered one of the greatest female water polo players of her generation. Selected in the first ever Australian women’s team in 1976, she earned 93 caps for her country, 69 as Captain, over a 13 year career. During her ten year captaincy (1978-1988) she led a dominant Australian team through six World Cups and to victory at the inaugural World Championships for women’s water polo in 1986 in Spain.

Starting out with Tugun Water Polo Club, Debbie Handley Cummins earned state selection in 1974 and was named Queensland captain in 1975, a position she held for the next 15 years as the Maroons won six women’s national titles.

In 1976 Handley Cummins was selected in the first ever Australian women’s water polo team, who travelled to Hawaii for an invitational tournament.

Handley Cummins was named Captain of the national team in 1978, the same year the Aussies took part in the FINA World Cup in Berlin as a demonstration sport. Leading the team was a role she relished and took a hard line when required, as she was intent on winning at every opportunity.

In 1982 women’s water polo featured as a demonstration sport at the FINA World Championships in Ecuador and it was from here that Handley Cummins really started to dominate. She scored 13 goals against Canada, writing her name into the Guinness Book of World Records for the most goals scored in a match, remarkable in games in which quarters only lasted for five minutes.

The following twelve months was a transition year for the team as they adapted to a new coach before winning a Gold medal at the 1984 FINA World Cup in Los Angeles, adding to the three FINA World Cup bronze medals won in 1979 (USA), 1981 (Australia) and 1983 (Canada). The 1984 victory marked the beginning of a two-year period in which the team was undefeated.

She led Australia to Gold at the inaugural FINA World Championships for women in Spain in 1986 and proudly carried the Australian flag at the closing ceremony. Handley Cummins dominance was reinforced when she was voted “Female Water Polo Player of the Year” by Swimming World magazine later that same year, the first Australian to receive the honour.

Handley Cummins retired from the sport in 1988, achieving all that she could except her Olympic rings. She continued to lobby from the sidelines for women’s water polo to earn its rightful place in the Olympic Program. It took her whole career and then another 12 years before women took centre stage at the Sydney 2000 Olympic Games in which the Aussie women took out the Olympic title. A landmark moment for the sport and one that Debbie Handley Cummins, a pioneer of the game in this country took great pride in.