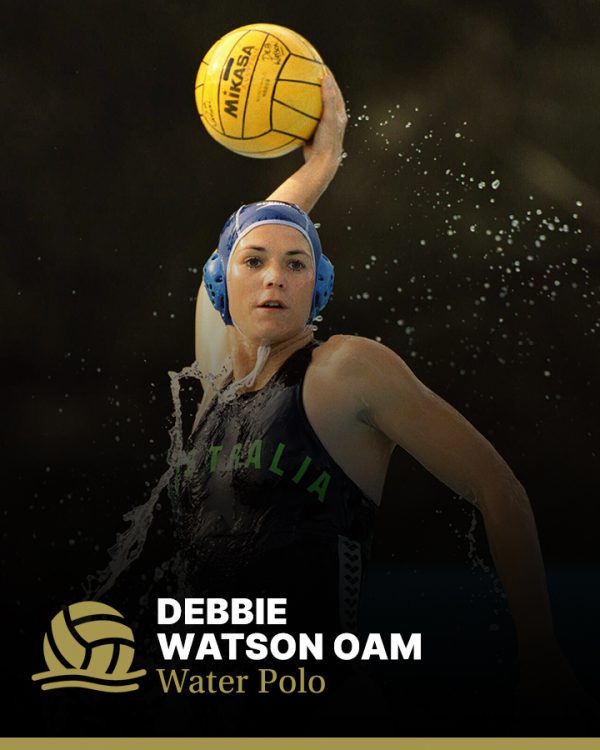 Debbie Watson OAM was inducted into the Sport Australia Hall of Fame in 2006 as an Athlete Member for her contribution to the sport of water polo.

Watson’s career spanned 17 years, becoming a member of the national water polo team in 1983. She captained Australia from 1991 to 1995 and was voted the best player in the world in 1993. Watson led Australia to a string of World Cup and World Championship victories including the 1984 and 1995 World Cups and the 1986 World Championships. She was also a part of the winning team at international tournaments in Italy, Holland, Hungary and the USA.

Watson worked hard and successfully regained selection on the national team. She played a major role in the crucial matches and became a part of history when Australia won to became the first Olympic Games water polo gold medallists.

Watson retired from playing at national level after the Games, however she is still very involved in the sport. She introduced the annual ‘Debbie Watson Scholarship’ for the New South Wales Institute of Sport “U/21 player who has the potential to play for Australia”. Watson is the NSW Institute of Sport Senior Development Coach and recently toured with the Australian team in Europe as the Australian Assistant Water Polo Coach. Watson has also commentated at the 1998 World Championships and hopes to do more.

2001: Awarded the Medal of the Order of Australia (OAM)