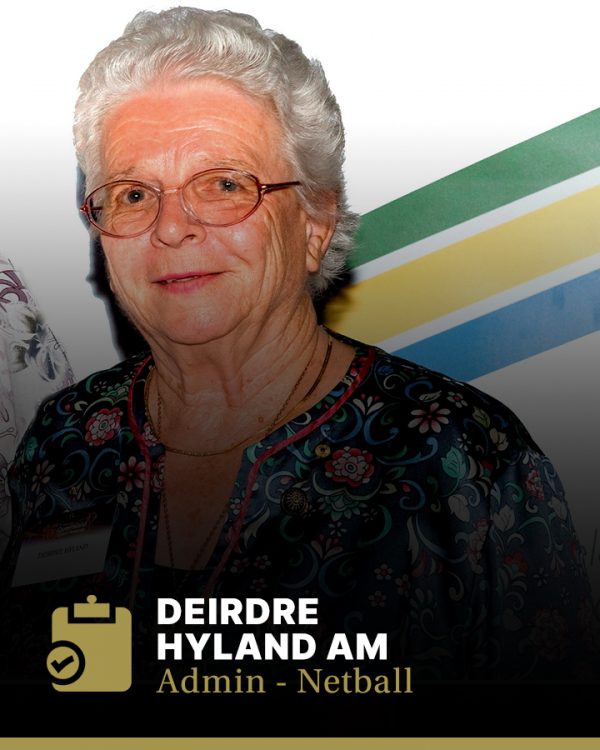 Deirdre Hyland was Inducted into The Sport Australia Hall of Fame in 1989 as a General Member for her contribution to the sport of netball. Deirdre served netball at state, national and international levels. During her terms of office, great changes in direction, public profile and credibility were achieved for the game and it’s players.

She managed Australian netball teams on overseas tours in 1978, 1981, and 1982, and was an official delegate at the 6th and 7th world tournaments in 1983 and 1987 respectively. Deirdre was also a board member of the AIS from 1981 to 1983 and the Confederation of Australian Sport from 1987 to 1988. She was chair of the organising committee of the 8th World Netball Championships held in Sydney in 1991.

In 2008, Deirdre was an inaugural inductee into the Australian Netball Hall of Fame as a General Member and inducted into the Queensland Sport Hall of Fame in 2010.
Deirdre, after all of her achievements within the sport, went on to write the book Little Anne, a biography on the life of New South Wales Legend Anne Clarke BEM.