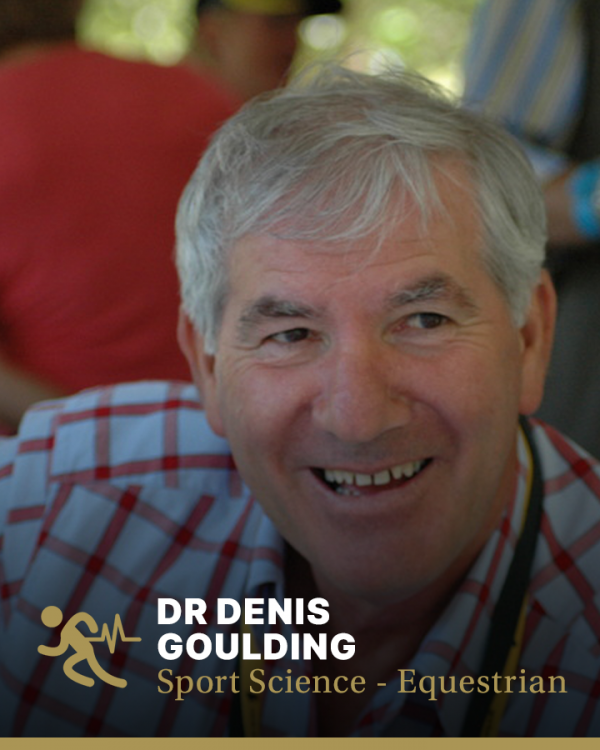 Denis Goulding’s contribution to equestrian in Australia has been outstanding, acting as team veterinarian at four Olympic Games, numerous World Equestrian Games and other major international competitions. As the veterinarian, Goulding is considered to be an extremely valuable member of the team and his tireless efforts (many in his own time) contributed significantly to Australia’s first-class results over the past years. His innovations in equine management and treatment have made him a leader in his field.

In 1989 Goulding was appointed as veterinarian to the Australian equestrian team and immediately accompanied the Australian team at the Trans Tasman three day event. From 1990 to 1996 he was the official veterinary surgeon at the Adelaide Royal Show.

Goulding has accompanied and supervised the health and welfare of horses on many international flights since 1990 and has been the team veterinarian at four World Equestrian Games, 1990, 1994, 2002, and 2006.

At the 1992 Barcelona Games, 1996 Atlanta Games, 2000 Sydney Games, and 2004 Athens Games, Goulding was the Australian team vet, assisting the team in winning two gold medals in Barcelona, and one gold in Atlanta and Sydney. In 1997 Goulding was a consultant to the equestrian manager of the 2000 Sydney Games.

In 1997 Goulding was appointed as a member of the FEI Veterinary Committee, one of five international vets who make up the panel.