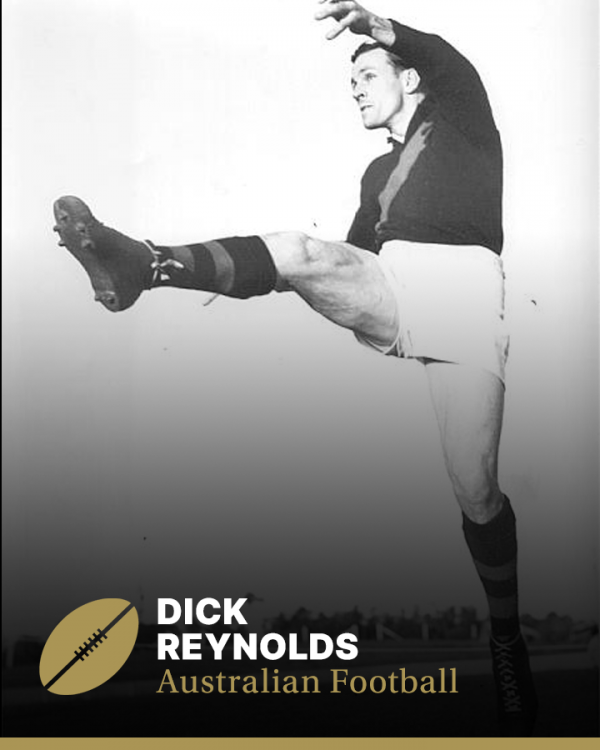 As well as playing for the Bombers, Reynolds also took over the coaching role midway through the 1939 season, and remained in charge until 1960, even after his playing career had come to an end in 1951. He played on the wing, centre half forward, but his preferred position was rover.