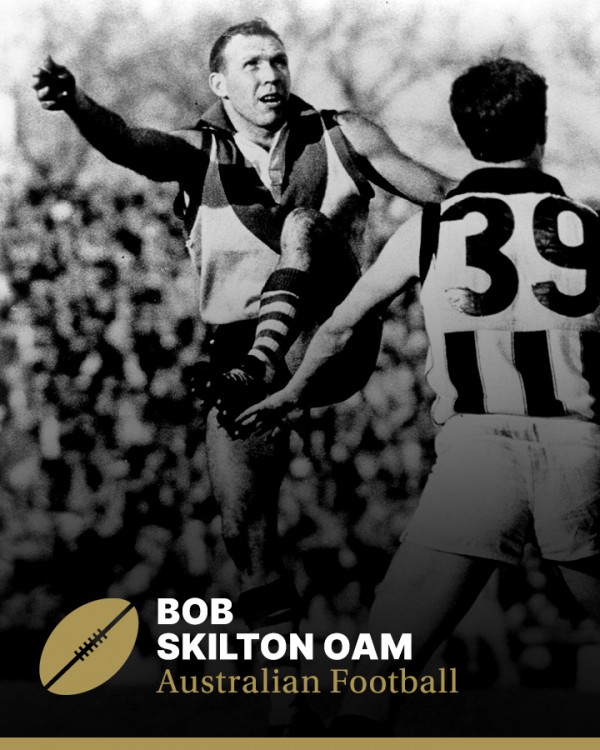 Robert John ‘Bob’ Skilton was inducted into the Sport Australia Hall of Fame in 1985 as an Athlete Member for his contribution to the sport of Australian Football.

Nicknamed the ‘Chimp’, South Melbourne’s Skilton played in an era when South Melbourne had little success but he made a huge impact on the game. Bob’s great pace and remarkable skills made him a frequent target of the opposition.

Skilton played his first game for the club in 1956 and the following year won the club’s best and fairest – an award he virtually made his own. In all, he won the best and fairest nine times over the twelve years from 1957 to 1968, missing out in only 1960 and 1966.

He represented Victoria 25 times and captained Victoria twice. He coached the Melbourne club from 1974 to 1977.