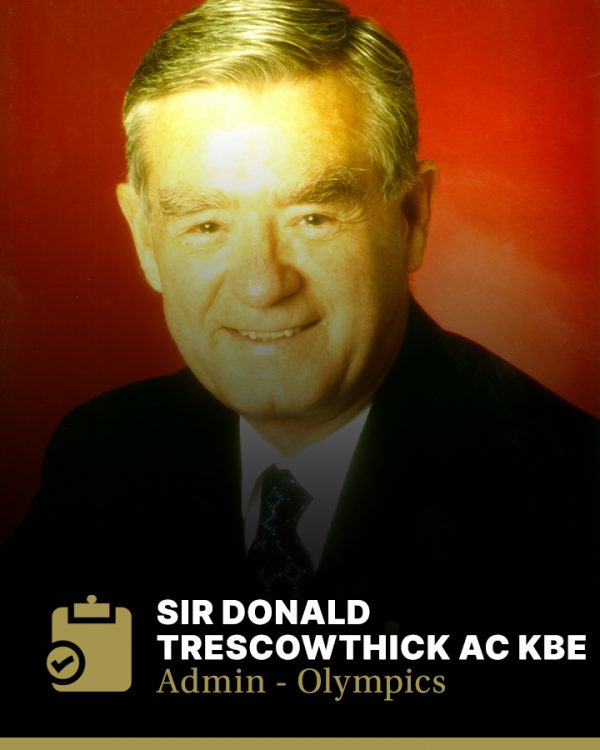 Sir Donald Trescowthick AC KBE was inducted into the Sport Australia Hall of Fame in 1991 as a General Member for his contribution to sports administration (Olympics).

Sir Donald is a founding member of the Olympic Corporate Committee (Victoria) that has been the key Olympic fundraiser in Victoria. Until 1991 he was Deputy Chairman of the National Olympic Fundraising Committee.

He played an important part in establishing the Melbourne to Hobart Yacht Race as co-founder and chairman. He also occupied the same role with the Sovereign Series of Yacht races.

Trescowthick’s expertise reaches far outside the Australian Olympic movement. His support of Australian football through Geelong and Clarence (Tasmania) has been of great benefit to the administration practices of each club and his success with thoroughbred horse breeding and racing is acknowledged nationally and worldwide.

In 1997, Trescowthick was the driving force behind the restructure of The Sport Australia Hall of Fame to bring the Club, Trust, and Trustee into one entity.