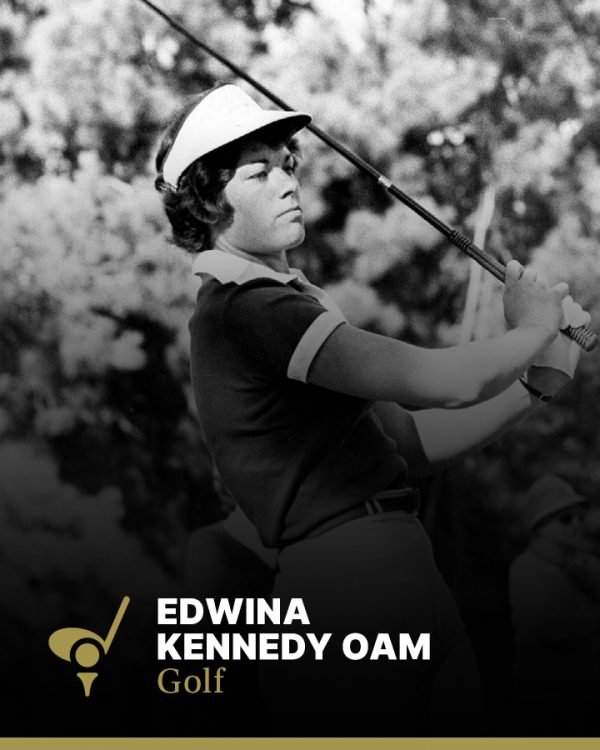 Commencing her competitive involvement in golf at seven years of age when she joined Wentworth Falls Golf Club, Edwina Kennedy won her first national title, the Australian Foursomes, at age 16, then went on to win the Australian junior title for four consecutive years, 1976 to 1979.

In 1978 on her 19th birthday, she became the first Australian to win the British Women’s Amateur Championship. That same year she was a member of the first Australian team to win the biennial Women’s World Amateur Teams Championship. She finished second in the individual results when defending the World Teams title in 1980 (Australia lost to the USA).

Kennedy represented Australia more than 30 times in over 20 countries between 1977 and 1991. She was a member of the winning Australian team in the 1983 Commonwealth Tournament, the Queen Sirikit Cup Asian Teams Championship in 1982, 1983, and 1986, and the Tasman Cup against New Zealand on three occasions.

In 1985, Kennedy was awarded the Medal of the Order of Australia (OAM) for her services to golf.