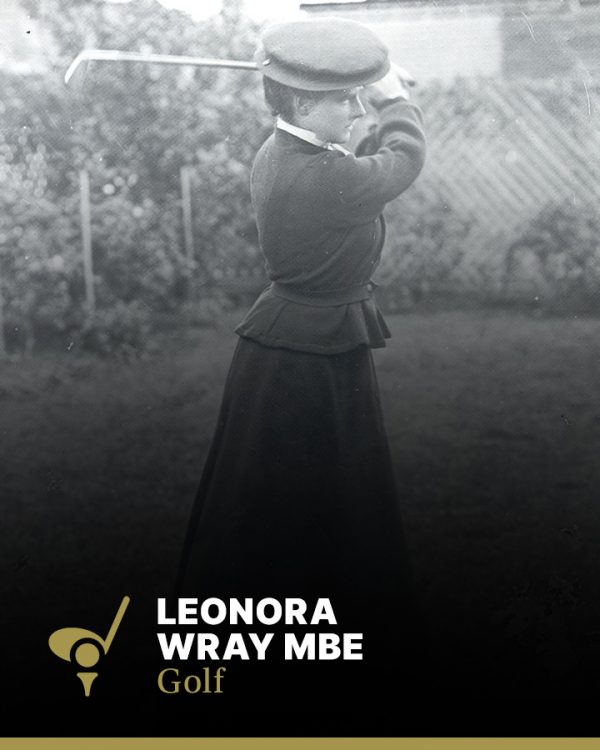 The ‘Mother’ of Australian women’s golf, Leonora Wray had one of the most remarkable careers in the history of the game.

With Una Clift, Wray made women’s golf what it is today. She was a delegate to Melbourne in 1921 at which meeting the Australian Ladies’ Golf Union was formed, and was president of the ALGU from 1954 to 1959. She and Clift established a junior girls’ coaching scheme, two of whose graduates were Joan Hammond in the 1930s and Pat Borthwick in the 1950s and 60s. In 1950 she captained and managed the Australian team to England and a year later was made a life member of the NSW Ladies’ Golf Union.

Women’s Golf NSW now holds the annual Leonora Wray Scratch Teams events and the Leonora Wray Trophy is awarded to the No.1 player in Australia in national stroke average.

In 1968 she was made a Member of the Order of the British Empire (MBE) for her services to women’s golf.