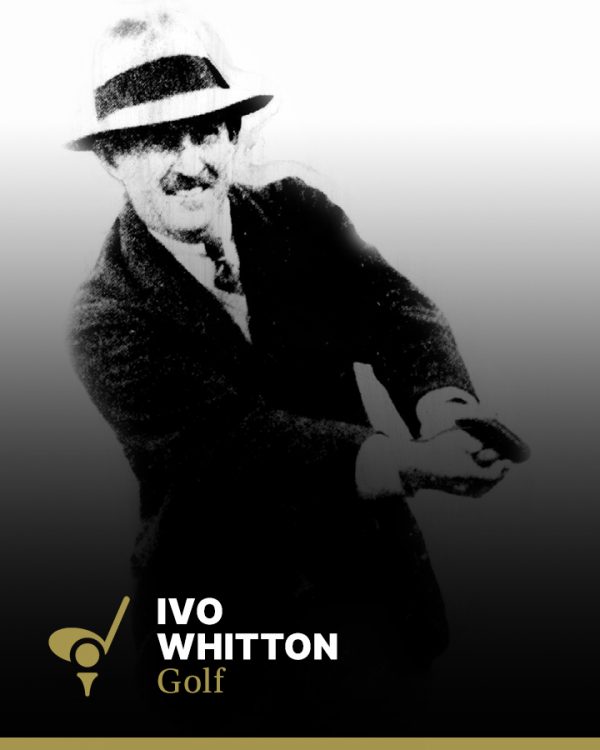 Followers of Australian amateur golf will argue that Jim Ferrier or Bruce Devlin rank as the country’s greatest amateur golfers until they are reminded about Melbourne born Ivo Whitton, who simply had no challengers for the title.

Whitton never turned professional and as an amateur won the Australian Open championship five times, in 1912, 1913, 1926, 1929, and 1931, a record not bettered until 1970 when Gary Player posted his sixth Australian Open win.

Whitton was self-taught to a large degree, but possessed a short iron game that would be the envy of any current professional champion and he made up for lack of driving power with amazing accuracy.

At the age of 18, he won his first Australian Open, beating Sydney professionals Fred Popplewell and Dan Soutar by five strokes at Royal Melbourne.

In 1914 Whitton went to England and made the third round of the British Amateur championship but shortly after, his golfing game came to a halt when he joined the British Army and served in the First World War in Greece and Bulgaria.

After the war, Whitton took up golf again as if he had never laid down his clubs and in 1931 he came from a seemingly impossible situation of being eight strokes down to defeat Jim Ferrier and Harry Williams to score his fifth Australian Open win. Whitton’s other major career victories included five Victorian amateur championships, three Queensland amateur titles, the Queensland Open in 1928, and the New South Wales amateur title in 1929. In his career, he represented Victoria over 21 years, 1912 through to 1933.