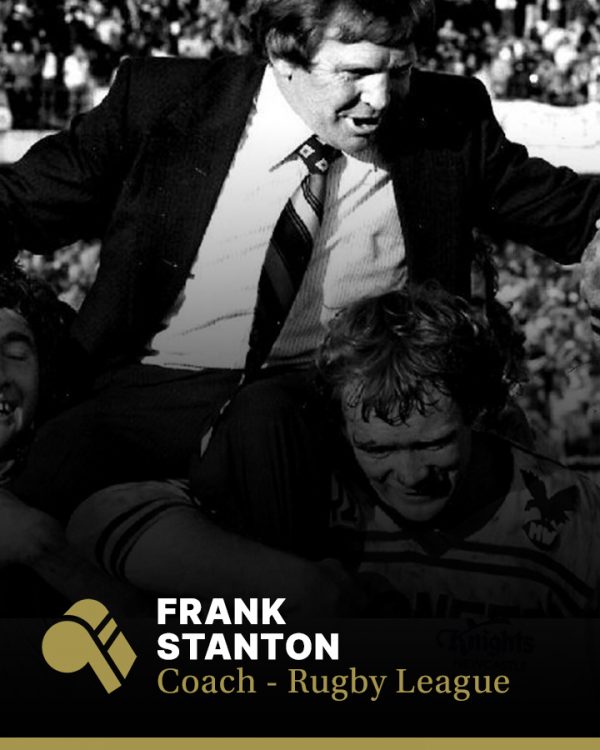 Frank Stanton coached the Kangaroos from 1978 to 1982 and again in 1984. He led Australia to its first undefeated international tour in 1982.

After retiring from the playing field, Stanton coached the Manly-Warringah reserves from 1971 to 1973 winning the premiership in 1973, then took on the first grade team from 1975 until 1979 winning two premierships in 1976 and 1978.

Bruce ‘Goldie’ Walker, a member of the 1978 grand final team commented; “The feeling he (Frank) generated in that 1978 side was unbelievable. The guys were so together that there was no way we were going to lose. I remember after we beat West’s in a final we ran off the field to show Cronulla – who were watching in the stands – that we were still feeling fit and ready to take them on.”