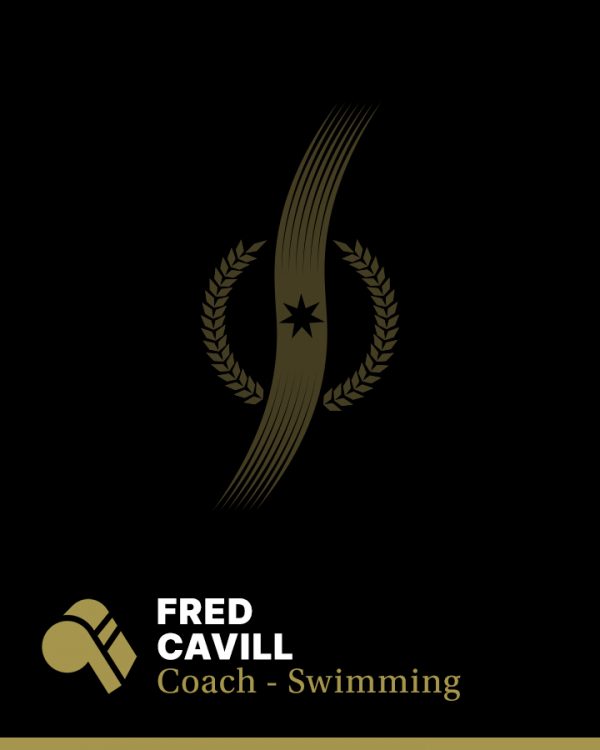 While it was islander Alick Wickham who introduced the crawl stroke, it was Cavill and his family who refined it, spread it through Australia and the world, and caused it to re-write all the record books. Cavill became Australia’s first notable swimming coach.

Cavill was a Londoner, born in 1839. For a number of years he was in the Royal Navy and saw action in the Baltic under Sir Charles Napier during the Crimean War. Somewhere along the way he earned the title of ‘The Professor’ but it appears he had no formal qualifications.

A natural swimmer, he won the 500yds championship in England at 23. Retiring from the Navy in the early 1870s, he taught swimming at Brighton and later opened his own baths at Kensington in London. Among his pupils was Queen Mary.

The lure of swimming the English Channel began to obsess Cavill after Captain Matthew Webb swam it in 1875. In August 1876, Cavill set out from Dover to repeat Webb’s feat and got within three miles of the French coastline before his handlers had to pull him from the water, exhausted.

He soon announced another attempt, this time from France. Cavill engaged a French lugger to accompany him and boatmen were provided to row a dinghy beside him on the long journey. He started in mid afternoon and twelve hours later he had reached the English coastline. In the darkness however, the lugger captain was frightened to go too close. Despite protests from Fred, they hauled him in and went back to the lugger, which rode at anchor until dawn. In the early morning light it was seen that Cavill had reached a spot only 50yds from the shore. With a few more strokes he would have been able to stand up and wade in.

Feeling despondent at not having his claim of swimming the channel recognised, Cavill packed up his growing family and set out for Australia, giving profitable swimming exhibitions en route.

In 1988 The Professor went back to England for a brief visit to collect a legacy and returned later in the year on SS Rimutka. It was on this voyage that Cavill rescued a woman overboard that earned him his fourth Humane Society medal.

When he arrived back in Sydney, he found his old Lavender Bay Baths, which he had leased, had been resumed for the construction of the North Shore railway. He was promised £3000 compensation but eventually ended up with £300 pounds. The infuriated Cavill created such a ruckus that the state government gave him permission to set up new baths at Farm Cove.

He built the famous Natatorium, a floating structure made of light wooden slats and supported by iron tanks. It was a landmark for years at Farm Cove and later Woolloomooloo. One winter’s night in 1909 a vicious storm pulled the Natatorium from its moorings. It was blown across the harbour and smashed on the rocks of a deserted cove. The then 70 year old Cavill felt he was too old to build another and decided to retire.

He watched his sons, Ernest, Charles, Percy, Arthur, Syd, and Dick, whom he had coached, achieve world fame with numerous world records.

Cavill passed away in 1927 at the age of 88. Certainly no group or family in sporting history has been more colorful nor had more influence than two generations of the Cavill family.

The family is honoured in the International Swimming Hall of Fame at Fort Lauderdale, USA.