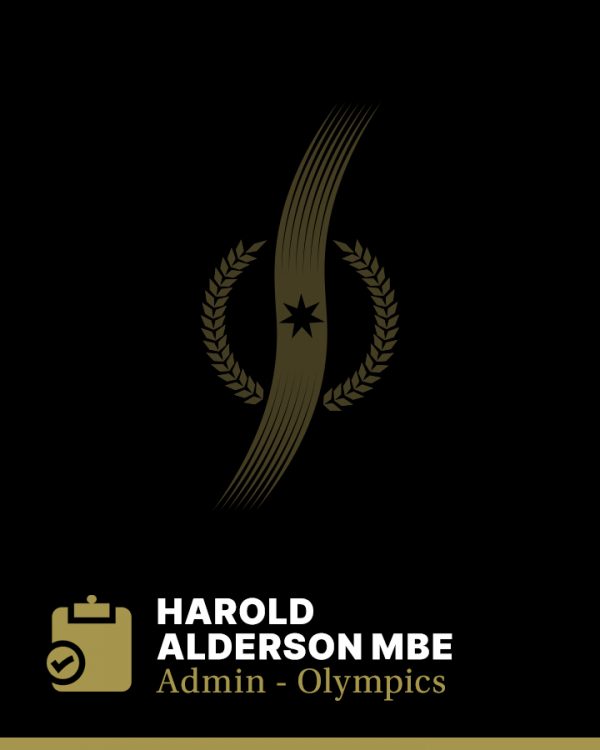 Sir Harold Alderson joined the Mosman Rowing Club in 1911 and was captain by 1915. He was Secretary of the New South Wales Rowing Association from 1918 to 1920, Chairman from 1920 to 1970 and President from 1970 to 1978, and served several terms as Chairman of the Australian Rowing Council. For some time he coached the state’s King’s Cup VIII, managed the oarsmen in 1920 and 1924, and was Secretary of the Anniversary Regatta Committee for over 50 years from 1920. A publicist for rowing, Alderson contributed to the ‘Sydney Morning Herald’ and wrote extensively on the history of the sport. His meticulous and forthright articles also helped to focus debate on such issues as the physical effect of rowing on youth and the 1935 controversy over moving the ‘Head of the River’ race from the Parramatta River to the Nepean River.

His interest in rowing attracted him to the Olympic movement: emerging as an outstanding administrator, he was dubbed ‘Mr Olympics’ by one journalist. President of the NSW Olympic Council from 1926 to 1970 and of the Australian Olympic Federation from 1946 to 1973, he served on the committees for the British Empire (and Commonwealth) Games in 1938, 1962 and 1966. His leadership of the federation helped Melbourne to secure and to make a success of the 1956 Olympic Games.

An unashamed and frank exponent of amateur sport, he admired Jesse Owens and criticised the excessive nationalism and quasi-professionalism at the 1936 Berlin Olympics; Alderson even argued that Australia should consider withdrawing from the Olympics to concentrate on the British Empire Games which he regarded as less tainted. In an era when there were few tangible rewards, Sir Harold was one of a small band willing to work hard and long for amateur sport. He was respected for his down-to-earth approach and preferred to be known as Harry.

He was also Chairman of the Rothmans National Sport Foundation from 1966 and a member of the NSW Council of National Fitness from 1970.

He was appointed a Member of the British Empire (MBE) as President for the NSW Olympic Council and managing the Australian team at the 1936 Berlin Olympics. In 1956 he was knighted for his service to amateur sport and in 1959 was appointed a knight of grace of the Order of St John.