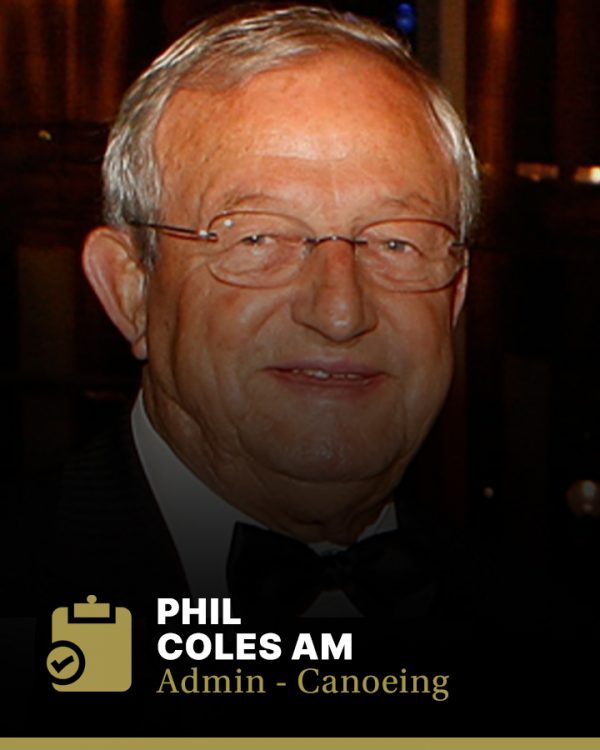 Phil Coles has been a member of the Executive Board of the Australian Olympic Committee since 1973, being secretary general from 1985 to 1993 and then Director of International Relations from 1993 to 1999. He was a member of the Board of the Sydney Olympics 2000 Bid Limited and was vice president and director of the Sydney Organising Committee for the Olympic Games (SOCOG) from 1993 to 1999.

Coles enjoyed a successful career in canoeing and was a team member at the 1960 Rome Olympics and team captain at the 1964 Tokyo Olympics. He competed again at the 1968 Mexico Games. He won 25 national canoe championships and was national surf lifesaving champion five times. He captained the first Australian surf lifeguard team to compete in California in 1965.

In 1983, Coles was made a Member of the Order of Australia (AM) for his services to sport.