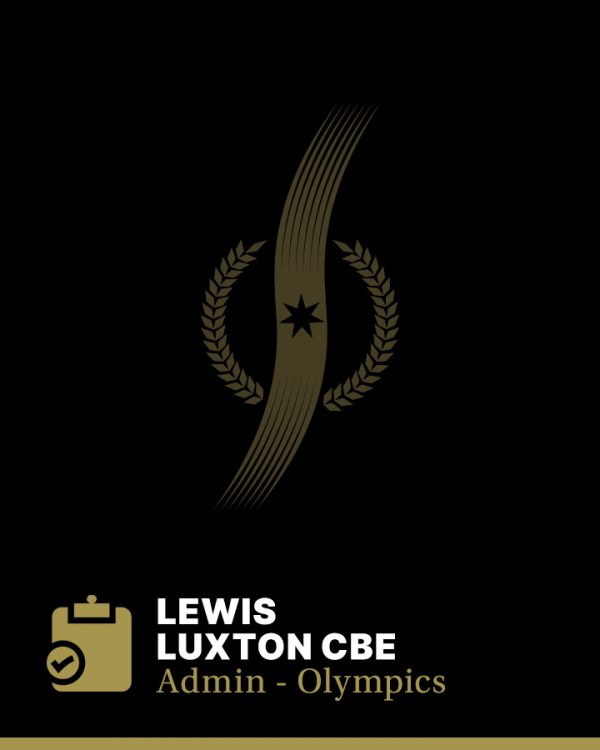 Lewis Luxton’s sporting career began as a rower at Melbourne Grammar before going to Pembroke College at Cambridge as an undergraduate. He became the first Australian to stroke a Cambridge crew and was subsequently selected to represent Britain at the 1932 Los Angeles Olympics. At these Games, and also at the 1908 and 1912 Games, Australians were regarded as part of the British Empire and so qualified for British crews.

When Sir Harold Luxton, Lewis’ father, resigned by cable from the IOC on May 9 1951, the IOC’s Otto Mayer immediately announced that Harold’s son, Lewis, would be his successor. Both father and son served on the AOF Executive Committee for many years.

Jointly with Hugh Weir, Lewis is credited with winning the Melbourne bid for the 1956 Olympic Games when Melbourne defeated Buenos Aires by one vote. When Luxton Snr stepped down from the Organising Committee, Lewis, as deputy chairman, undertook a great deal of work for the successful 1956 Games.

It was Lewis, while Chairman of Shell Australia, who employed athlete Ralph Doubell, allowing him generous leave to pursue his athletic career. He proceeded to present Doubell with the gold medal for the 800m in Mexico in 1968.

In the controversial lead up to the 1980 Moscow Olympic Games, Lewis had the deciding vote on whether Australia should send athletes to compete. In a 6-5 vote, Australia attended the Games (although some individual athletes decided to boycott), ensuring Australia would remain one of the few countries to attend every summer Olympics.

In recognition of his service to international sport, Lewis was made an honorary member of the IOC upon his retirement in 1974. He became a Commander of the Order of the British Empire (CBE) in 1957 for his services to the Olympic movement.