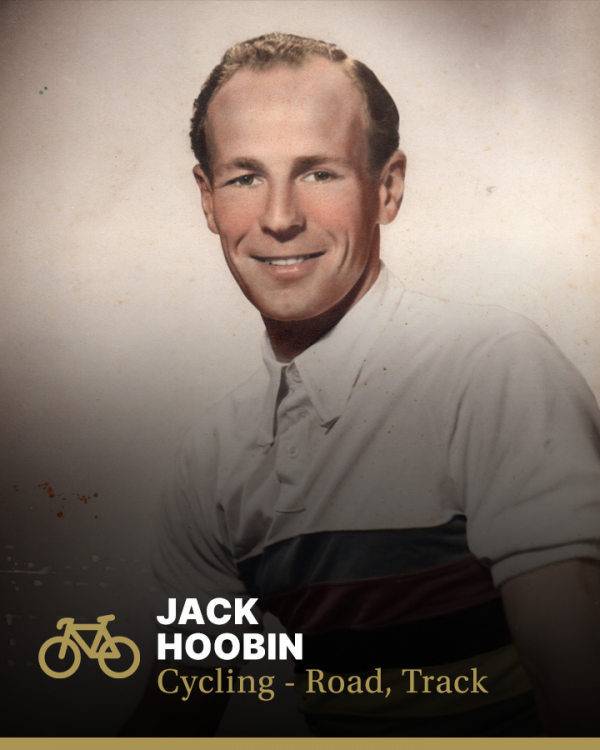 Born in Victoria, Hoobin made Australia’s 1948 London Olympic team after wins in the 125 mile Sun Classic (Victorian) and the Victorian championship. He was also placed second over ten miles in the 1948 Australian Amateur Track Championships and third in the five mile event. Despite a series of punctures, he finished sixth (the first Australian) in the 124 mile Olympic event at London’s Great Windsor Park.

Hoobin returned to Europe in 1949 and 1950 to contest the world amateur road title but was plagued with illness and injuries. He did well to finish seventh in 1949.

In 1950 he tried again, under the coaching of Alf Strom, and performed the near impossible when he took out the title and beat the best amateurs in the grueling 175km race at Moorslede near Ypres, becoming the first Australian to win the world amateur road cycling championship. Hoobin overcame the blatant blocking tactics of the strong European teams to out sprint French champion Robert Varnajo and the 1947 world champion Ferrari of Italy in the upset of the decade.