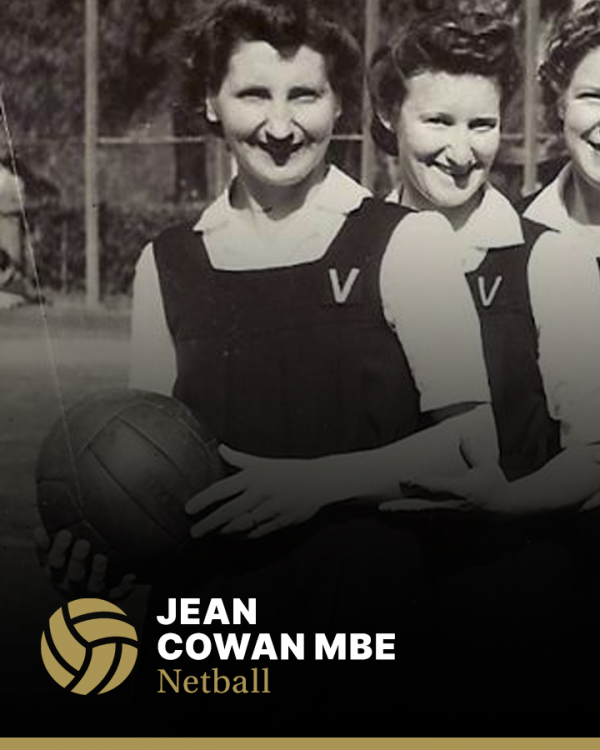 Jean Cowan (nee Wood) had a distinguished career in netball at the highest level from the 1930s to the 1950s. A member of the Victorian schoolgirls’ team in 1927, she went on to gain selection for the Victorian state team in 1932.

Awarded her All Australia Umpires’ badge in 1948, Cowan became an administrator even before her retirement from active netball. When she retired from the Victorian Netball Association Council in March 1986, she had had 40 years as an official including 20 years as either treasurer, secretary, or president.

Cowan was also one of Victoria’s delegates on the All Australian Netball Council for a number of years including one year as president. In 1997 the Victorian Netball Association established its own Hall of Fame and Cowan was one of the six inaugural inductees.

Cowan was made a Member of the Order of the British Empire (MBE) in 1976 for her service to netball.