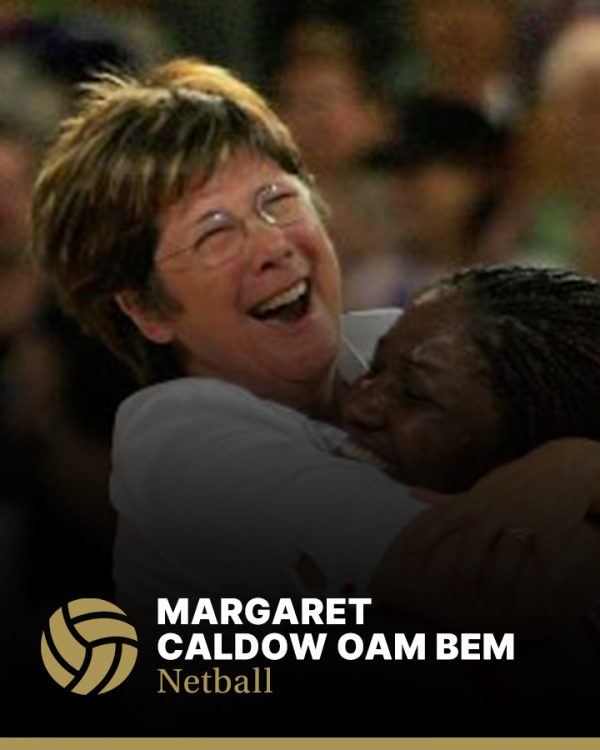 Margaret Caldow OAM BEM was inducted into the Sport Australia Hall of Fame as an Athlete Member in 1985 for her contribution to the sport of netball.

As Margaret Jackson, Caldow represented Tasmania in athletics (sprints) and netball (Australian Schoolgirls team). After moving to Melbourne at the completion of her schooling years in 1957, she also represented Victoria in athletics, but in 1960 decided to concentrate on netball. The fact that the MVP Championship Trophy for Netball Victoria is named in her honour clearly displays that this was a fortuitous decision.

Though small in stature, Margaret Caldow remains classed as one of Australia’s finest netball players, and has established a formidable reputation as a coach in the sport.

Caldow became a national selector in 1981 and gained her level 3 National Coaching Accreditation in 1994. She coached for three years at the Australian Institute of Sport, and in 1987 was named assistant coach of the Australian team. In 1991, she moved to the Victorian Institute of Sport, where she spent five years as head coach. In 2003, after a short stint as coach of the Melbourne Kestrels, she was appointed National Performance Director for Netball England.

In acknowledgement of her contribution to the sport of netball, Caldow was recognised by being awarded the British Empire Medal (BEM) at the end of 1977.