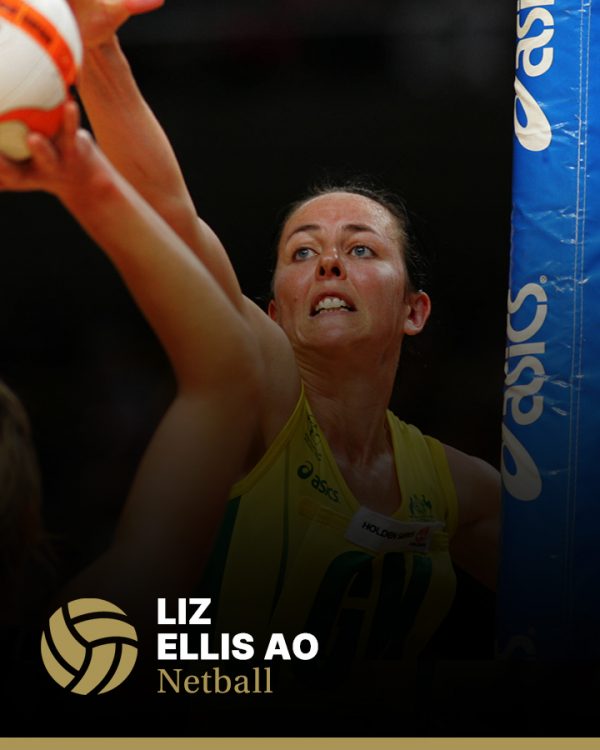 Liz Ellis AO was inducted into the Sport Australia Hall of Fame in 2009 as an Athlete Member for her contribution to the sport of netball.

Ellis retired from top-level netball in 2007 immediately after leading Australia to a world Championship victory over new Zealand.

It was a fitting ending for a playing career that included four World Championship victories and two journeys onto the dais to receive Commonwealth Games gold medals. She had captained Australia since 2004 and only an untimely knee injury prevented her being part of the side which at the Melbourne 2006 Commonwealth Games took home the silver.

After a knee reconstruction she fought back, at the age of 33, to play a key role in Australia’s 2007 World Championship victory.

She has also payed a significant role in developing a new generation of talent through the Liz Ellis Netball Clinics which she founded in 1997.

A talented junior netballer, Lis Ellis was awarded a scholarship to the Australian Institute of Sport when she completed High School in NSW, but while honing her netball skills she also completed a law degree and was admitted to the NSW bar in 1998.