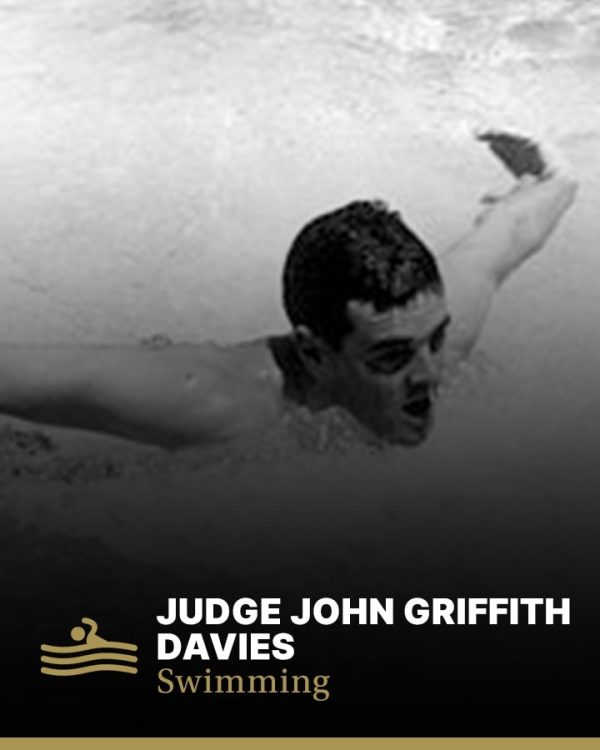 A New South Wales native, and one of the products of master coach Forbes Carlile, Davies was active at a time of great change in the sport. Swimming conventional breaststroke in 1947, he swam the fastest Australian time in the 200yds event in 16 years. Upon changing to the butterfly-breaststroke style, he won the 220yds championships in 1947 and 1948. As a member of the Australian team, Davies finished fourth in the 200m breaststroke event at the 1948 London Olympic Games.

After the London Games in 1948, he visited the University of Michigan as a guest of the eminent coach Matt Mann, and later began a four year course there in political science. He was one of the first Australians to be enticed into the US college system and trained under Mann, but chose to differ with the American on one approach to training and racing; instead of varying his speed, he opted to stay with the rigid, even lap time method advocated by Carlile and Professor Frank Cotton. It was an approach which called for discipline and nerve, and Davies exploited it potently at the 1952 Helsinki Games.

While at Michigan, he won multiple collegiate and national championships, and established both collegiate and national records. In 1951 and 1952 he was the US long course champion for 200m breaststroke, swimming the distance in 2 minutes, 35.8 seconds in 1951. In 1952, he won the US short course championship for the 200yds breaststroke in the world record time of 2:12.9 seconds, which remains the last official world record for that event.

Australia’s sixth gold medal of the 1952 Helsinki games went to Davies, who swam three beautifully judged races over 200m and broke the Olympic record in the final. He gave the impression of starting slowly against the go for broke first laps of his rivals, and in his heat, semi-final and final was 2.5 seconds behind the leaders at the half way mark. Even at the last turn in the final, he was well behind the American Bowen Stassforth and German Herbert Klein, eventually winning in 2:23.4, 0.3 seconds ahead of Stassforth. Davies was Australia’s only swimming gold medallist at these Games, and his victory marked the first swimming gold medal for Australia at the Olympics since 1932.

That race was really the last of its kind in the Games. Until then, it was permissible for breaststrokers to bring their arms back from their frontal spear above the water. This approach, dubbed the ‘butterfly’ technique, became popular after the war; at the 1948 Olympics, it was favoured by all seven finalists, including Davies. After the 1952 Games, the butterfly stroke and the classic breaststroke were separated into different events.

Davies went on to become a US citizen, graduating from the University of California at Los Angeles School of Law, and practiced law in Los Angeles until 1986. Davies was appointed to the US Federal Bench by President Ronald Reagan. He served on the United States District Court, in the Central District of California until his retirement in July 1998.