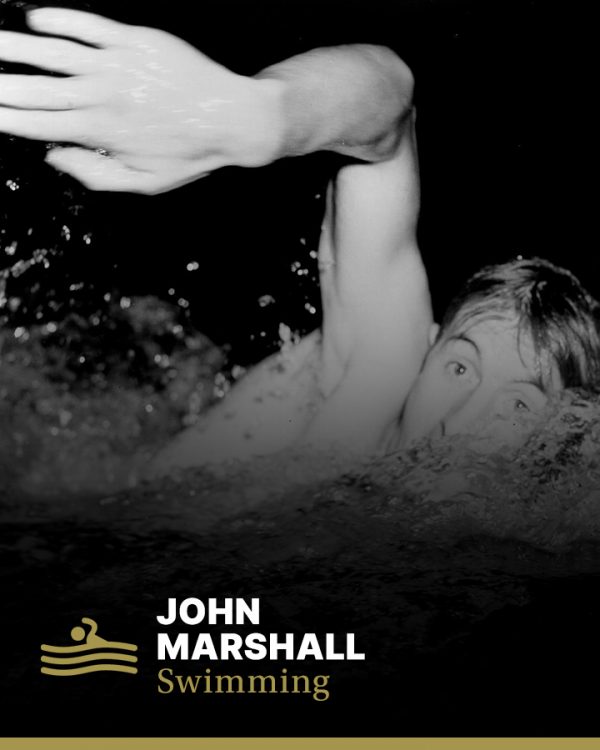 John Marshall was one of Australia’s finest all-round swimmers and a triple Olympian. Despite his apparent ease at setting world records, he was unable to win an Olympic gold medal.

For three years from 1949 to 1951, his record-breaking performances were not surpassed. At the 1949 Australian nationals, he won every freestyle title from 100m to 1500m and later broke 28 world records.

During his university career at Yale, Marshall was the first in the US to show that a swimmer could go fast from beginning to end in the middle and long distance races. He was a freshman, physically unassuming and so modest that his unprecedented assault on the world record book inspired all swimmers to believe they too could be John Marshall.

However, his Olympic performances were far from spectacular. At the 1948 London Olympic Games, he won bronze and silver medals. A shy youngster of seventeen, he finished second to Jimmy McLane of the USA in the 1500m and third to America’s Bill Smith and McLane in the 400m freestyle.

At the 1952 Helsinki Games he failed to qualify for the final of the 400m and finished eighth in the 1500m final. In Melbourne in 1956 he finished fifth in the 100m butterfly.

Every child in Australia wanted to be John Marshall and it is for this reason that his quiet dignity in defeat was just as impressive as his unfailing modesty in victory regardless of the constant glare of publicity.

His genuine interest in younger swimmers made him worthy of their esteem. When he died in a car accident at age 26 in 1957, John Marshall was on his way to becoming a successful business executive.