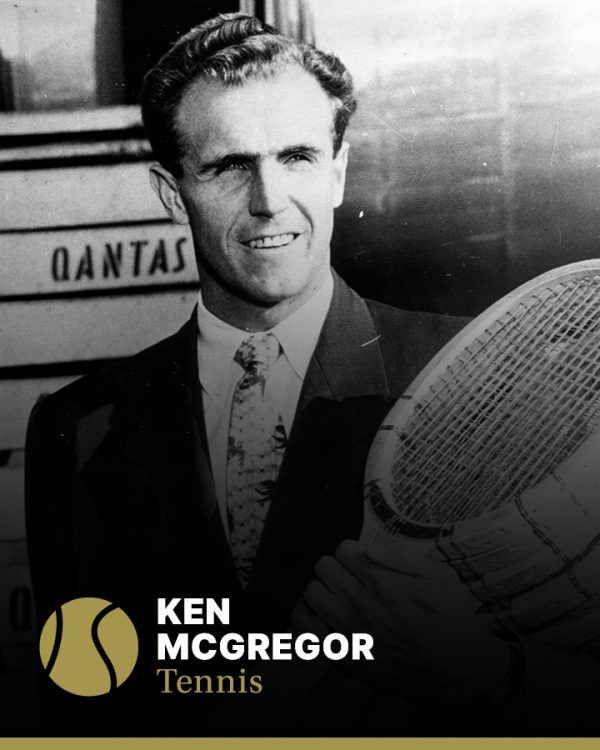 Ken McGregor won the men’s singles title at the Australian Championships (now known as the Australian Open) in 1952 at his third straight attempt beating his friend and doubles partner Frank Sedgman. McGregor was also a finalist at Wimbledon in 1951.

He and his longtime doubles partner, Frank Sedgman, are generally considered to be one of the greatest men’s doubles teams of all time. They won the first and only grand slam in men’s doubles in 1951, and they won three of the “big four” the following year winning the first three titles and only losing the US Open in the final.

In the 1950 Davis Cup tie against the Americans, McGregor won the opening match defeating Ted Schroeder in a major upset on the first day, leading the Australians to victory and ending the Americans’ four-year possession of the Cup. He also played in the triumphant 1952 Challenge Round Team in Adelaide, beating American Tony Trabert in a singles and winning the doubles with Sedgman.