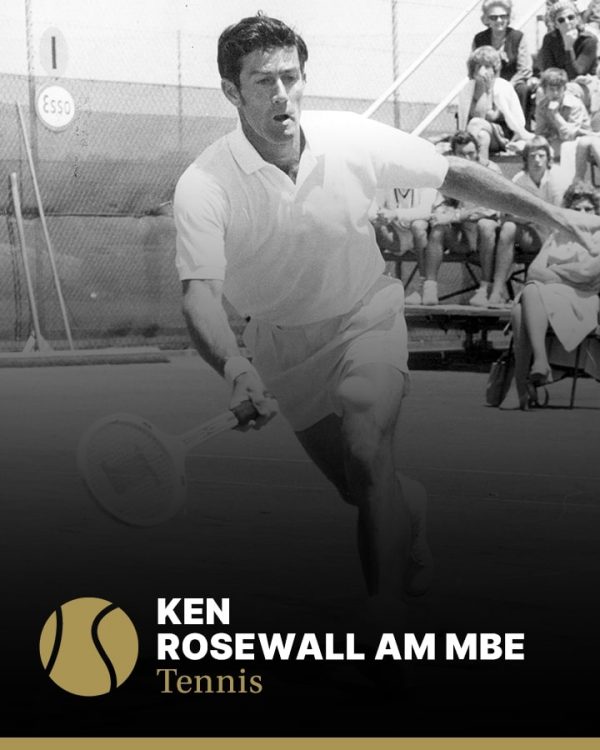 Ken Rosewall AM MBE was inducted into the Sport Australia Hall of Fame in 1985 as an Athlete Member for his contribution to the sport of tennis and was elevated as a Legend of Australian Sport in 2009.

In 1953, at the age of 18, Rosewall won the Australian and French Opens and climbed even further onto the world tennis stage when he teamed with ‘twin’ Lew Hoad to beat the United States 3-2 in the Davis Cup Challenge Round.

He clinched the Davis Cup victory, beating Vic Seixas in three sets in one of the most remarkable victories in Australian sport.

Regarded as having the finest backhand in tennis, Rosewall beat Rod Laver in an epic WCT final in Dallas in 1972 and was the largest WCT money earner that year.

He was 39 when he played Jimmy Connors in the 1974 Wimbledon final.

By 1976, and at the age of 41, Rosewall was still winning WCT and Grand Prix tournaments.

He was awarded the MBE in 1971, and was one of the finest and most popular sportsmen in Australian sporting history.