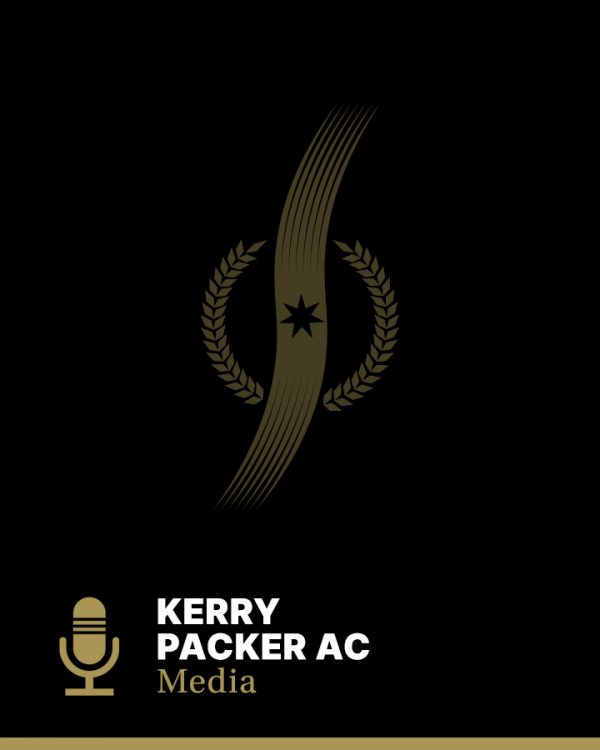 Kerry Packer entered the family business Australian Consolidated Press (ACP) in 1956. He then took over the running of the conglomerate in 1974 following the death of his father, Sir Frank Packer.

Packer was the first to see the potential of satellite broadcasts to Australia of major European and American sporting events, and gained sole television rights for Channel Nine for a number of Australian golf tournaments. His influence was crucial in the development of cricket, rugby league, golf, AFL and horse racing, ensuring that they grow towards a successful future.

Packer was a generous, charismatic man who had a great sense of fun and was a lateral thinker over the way cricket was broadcast. He was one of the most influential figures in Australian cricket history, significantly influencing the shape of cricket, both nationally and internationally.

Cricket was one of his great passions and Packer transformed the sport in 1977 when he introduced the breakaway World Series Cricket, which was the dawn of professional, one-day internationals and modern television coverage.

Unable to secure exclusive television rights to the Sheffield Sheild and Test cricket, he made up his own teams with the best players in the world and started World Series Cricket. If the Australian Cricket Board (now Cricket Australia) wanted the services of these players, including sacked England captain Tony Greig, it would have to give the TV rights to Mr Packer. In 1979, after a long battle, his ploy proved largely successful. World Series Cricket was seen as a farce by many ‘experts’ because of the introduction of coloured clothing and other modifications, however, it became a very successful competition.

He also played a major role in the success of rugby league during the ’90s. Packer took on fellow media mogul Rupert Murdoch, chief of News Corp Ltd, in the Superleague / ARL war that led to years of court action until a peace deal was brokered in December 1997, with Channel Nine again securing the game’s television rights.

Packer’s think big approach also reaped dividends for Australian golf. He hired Jack Nicklaus to redesign the Australian Golf Club course in 1977 and then flew in and paid some of the world’s top players to compete in the revamped Australian Open.

Packer’s contribution to Australian sport as a broadcasting innovator is unmatched in the nation’s history.