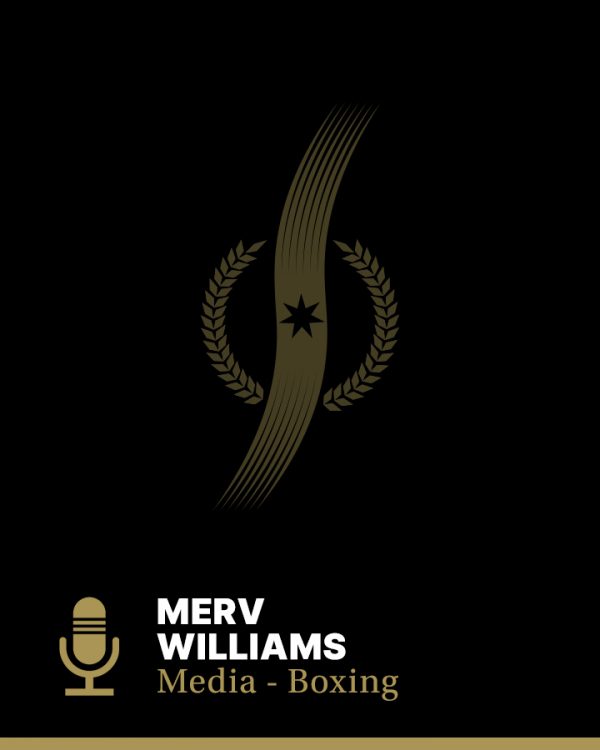 Merv Williams became the state amateur middleweight boxing champion at age 17 and was undefeated when he turned professional at 18. He worked as a blacksmith’s hand, miner and breadcarter to harden his medium build.

In 1922 Williams defeated Max Gornik for the Queensland middleweight title, the first of his three state championships. Williams never gained a national title, losing at his last attempt to George Thompson, the Australian heavyweight champion, in April 1930. A skilful combatant with a formidable right cross, Williams competed tenaciously with a damaged hand for six years, regaining the state middleweight title against Harry Casey, a spoiler, in July 1930. A bored crowd booed them, one man hurling a bottle. Lured from retirement by a purse of £100 in December 1931, Williams was pounded to the canvas seven times by Fred Henneberry at Leichhardt Stadium, Sydney.

To supplement his income, Williams sold cars in Sydney, and then managed hotels ‘where I had more fights than I ever had in the ring’. In 1932 he moved to Melbourne and for the next six years he refereed at the Fitzroy and West Melbourne stadiums. After a close contest in May 1938, he ruled that an overseas boxer, Claude Varner, had defeated the heavily backed Australian featherweight champion Mickey Miller. Williams’ decision caused a riot and his employers, Stadiums Ltd, promptly sacked him. Because the fight was close, he could have followed the wishes of the spectators and crowned Miller but he stated that “a referee who gives decisions to suit the crowds is true neither to himself nor to the fighters”.

The Sporting Globe immediately hired Williams to report the rematch. In his article he fearlessly suggested foul play, Varner’s aggression and superb in-fighting skills were strangely absent causing him to lose. Thereafter, Williams covered all sports for the newspaper, as well as producing a weekly report on boxing. He wrote and spoke flamboyantly, one article in 1939 describing a boxer as being “as cool as the tip of an Eskimo’s nose”. The cigar-smoking, joke-cracking Williams, whose black-rimmed glasses were pinned by ears thickened from boxing, broadcast his ‘Mervisms’ on radio 3DB’s Sports Forum, and later on HSV7’s TV Ringside. Tired and beaten boxers “couldn’t run out of sight on a dark night”, “swayed like a jelly in a wind”, or “had less chance than a crippled prawn in a flock of seagulls”.

Williams’s integrity and his fatherly advice to boxers were notable and were informed by his view that pugilists did not enjoy fighting; to them it was a job. As a fighter, referee and journalist, he was known as ‘Mr Boxing’. He was inducted into the Australian National Boxing Hall of Fame in 2005.