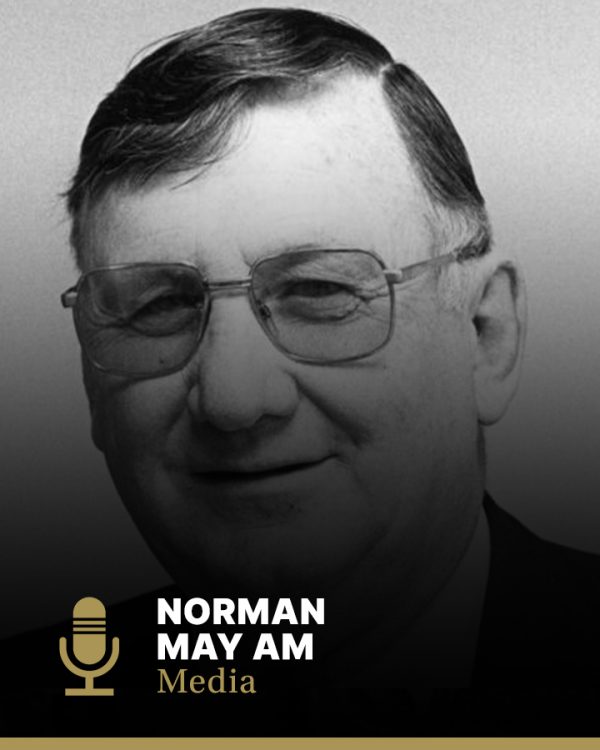 Norman May’s career as a broadcaster has stretched over 30 years and covered 40 different sports.

May first worked on radio with the ABC, as part of the Australian contribution to the Queen’s Christmas Broadcast in 1954. He then worked as a TV commentator on the telecast of the Metropolitan Surf Championships in 1957. He was involved in a number of telecasts in surfing, swimming and rugby union, before joining the ABC staff as a specialist trainee on April 12, 1958.

May covered 11 Olympic and 11 Commonwealth Games on radio and television from Perth 1962 to Athens 2004. His major sport has been swimming and his famous “Gold, Gold, Gold” call from the Moscow Olympic Games is one of the most talked about single commentaries in Australian broadcasting history.

May retired from full time work on February 29, 1984 after nearly 26 years of service. He worked as a freelance on special assignments thereafter. He returned to cricket commentary work during the 1991/92 season with Radio 2UE (and its affiliated stations around Australia), staying there for three seasons.

May has also written, devised, narrated, and presented a number of special programs and series on both radio and television, including ‘Sports Classics’ in 1974, a series of 17 half hour TV programs on famous sporting personalities or great events of the past.