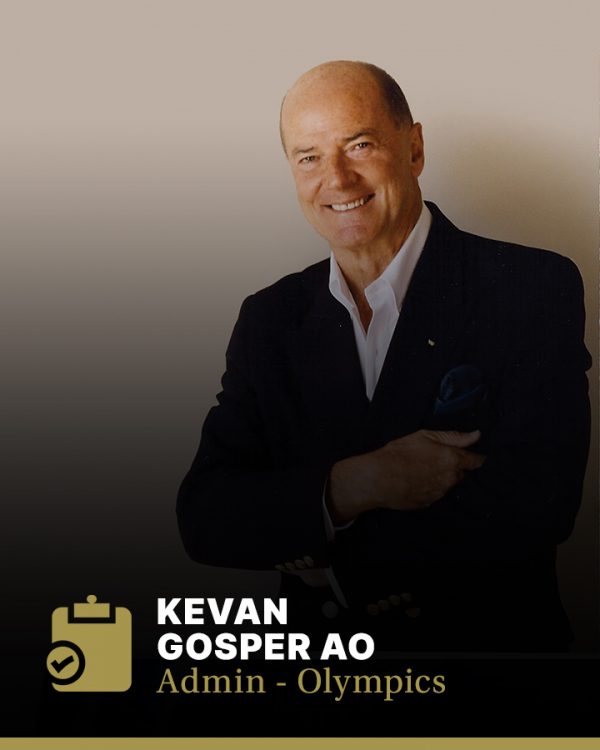 Kevan Gosper AO was inducted into the Sport Australia Hall of Fame in 1989 as a general Member for his contribution to sports administration.

Gosper’s contribution to Australian sport, particularly through the Olympic movement has been outstanding. He was the inaugural chairman of the Australian Institute of Sport from 1980 to 1985 and former president of the Australian Olympic Federation (now Committee – AOC) from 1985 to 1990.

Gosper was one of the finest 400m runners in the world, a silver medallist in the relay at the 1956 Olympics and unlucky to miss an individual medal at the same Games. He had won gold at the 1954 Vancouver British Empire and Commonwealth Games, and captained the Australian athletic team at the Melbourne and 1960 Rome Olympics.

Initially working for the Shell Company (which had a close bond with the Olympic movement), Gosper’s name was put forward to become a Member of the IOC by Lewis Luxton, former chairman and CEO of Shell. With virtually no experience in the administrative side of the Australian Olympism, he was transferred to Papua New Guinea in 1962 and made general manager of their team to attend the 1962 Perth British Empire and Commonwealth Games. He had been a member of the AOC fundraising subcommittee that designed a program of corporate sponsorship. Later he was steered toward the Victorian Olympic Council, where he took over the presidency in 1977.

He has been honoured as an Officer of the Order of Australia (AO) for service to industry, the community and international sport, and has been similarly honoured by France, the Netherlands, Spain, Monaco, and Senegal.