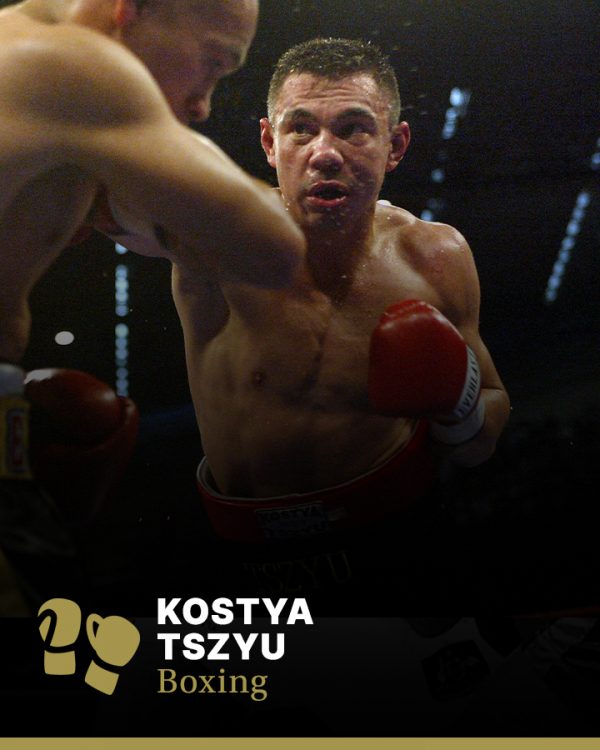 Kostya Tszyu was inducted into the Sport Australia Hall of Fame in 2011 as an Athlete Member for his contribution to the sport of boxing.

Tszyu was already world amateur champion when he migrated to Australia from Russia in 1992, but it was after he turned professional that the boxing world began to really take note. He won the IBF World Junior Welterweight title in 1995 defending it four times before losing in 1997. In 1998 he won the WBC title and the following year became the first man in 30 years to unite the title by winning the WBA title and regaining his IBF crown. He retained the united title until 2005. Ring magazine voted him best super lightweight of the decade.

Konstantin Borosovich Tszyu was born Sept 19, 1969 in Serov, near the Ural Mountains in what was then the Soviet Union. His mother was Russian, his father of Korean and Mongol descent. Taken by his father to a boxing gymnasium to find an outlet for the boy’s hyperactive energy, Kosta quickly impressed his coaches and by 1986 he was crowned Junior European featherweight champion at the European championships in Denmark. A year later he was runner up for the World Junior Title in Havana Cuba.

He was still a teenager when he represented the Soviet Union at the1988 Olympics making the third round, but over the next three years, as a member of Soviet amateur teams, he racked up a string of successes including European Lightweight champion (1989) and Light Welterweight Champion (1991).

In 1991 Kosta Tszyu came to Sydney for the World Amateur Championships. He became world light welterweight champion, but equally significantly made a decision to leave the now-disintegrating Soviet Union. He arrived in Australia with his girlfriend the following year and immediately turned professional.

His rise was spectacular. By 1995 a succession of victories had earned him his first world title chance and he became World IBF Junior Welterweight Champion by knocking out Jake Rodriguez in the sixth round at Las Vegas. In 1997, after a string of successful defences, Tszyu lost his first professional fight and his IBF title to Vince Phillips.

Unifying the Three Crowns
Three contending organizations offered the accolade of world champion -the IBF, WBA and WBC -and in 1998 he took the WBC title, getting up off the canvas to knock out Diosbelys Hurtado in the fifth. After more successful WBC title bouts in 1999 and 2000 he set about trying to become the undisputed champion by winning all three titles. He took the WBA title off Sharmba Mitchell in 2001 and regained his IBF title with a second round knockout of Zab Judah.

For the time in 30 years all three Junior Welterweight titles were unified in a single champion -Kosta Tszyu. He remained undefeated by challengers from any jurisdiction until he lost to Britain’s Ricky Hatton in June 2005, losing on TKO at the end of the 11th round.