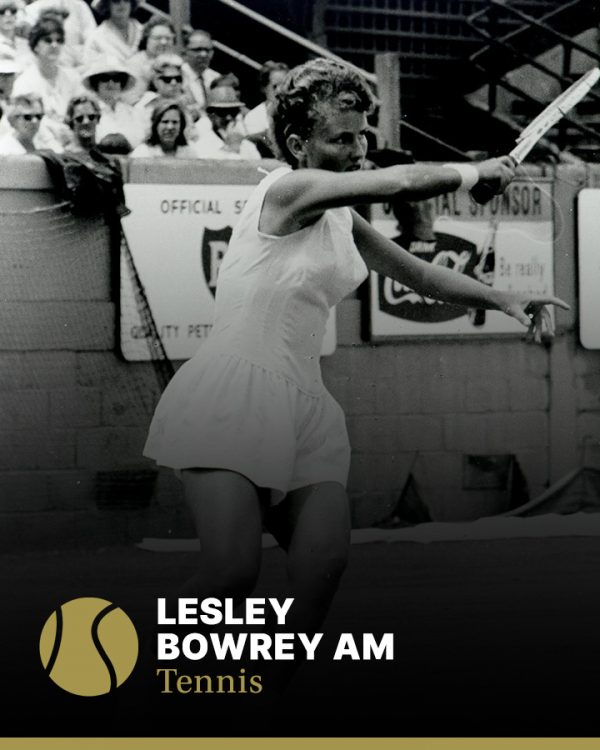 Lesley Bowrey (nee Turner) carried her racquet through a golden period of Australian tennis, extending across a decade from 1961 to 1972. A two time winner of the French Championships singles title, Bowrey’s record as a doubles player is also outstanding.

She represented Australia in the Federation Cup in the inaugural matches of the competition in 1963 against fifteen other nations, playing in winning teams in 1964 and 1965, and was captain-coach of the Australian Federation Cup Team from 1994 to 2001.

Bowrey retired from the circuit in 1970 but returned for two more years, finally retiring in 1972. However, this retirement was also short lived, as she again returned to the circuit, playing from 1975 to 1978. She ultimately retired with 13 Grand Slam titles to her credit -two in singles, seven in women’s doubles, and four in mixed doubles. She lost in the final of 14 other Grand Slam events.

Inducted into the International Tennis Hall of Fame in 1997, Bowrey was also the recipient of the Sarah Palfrey Danzig award in the same year for her contribution to the growth of the game of tennis through her character, sportsmanship, manners, and spirit of cooperation.