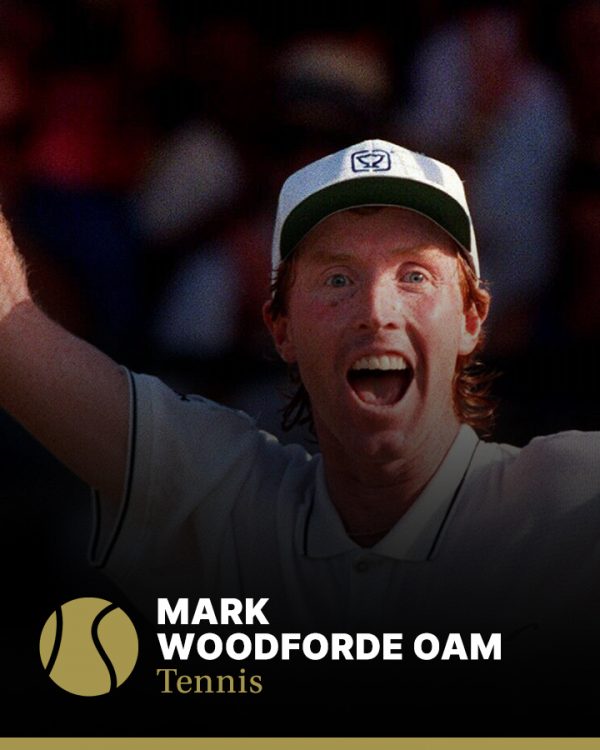 Mark Woodforde OAM was inducted into the Sport Australia Hall of Fame in 2008 as an Athlete Member for his contribution to the sport of tennis.

Woodforde won his first Grand Slam doubles victory – the 1989 US Open – with US great John McEnroe. He scored a further two tournament victories with McEnroe and one with Thomas Smid before teaming up with fellow SAHOF Member, Todd Woodbridge in 1991 to form one of the most successful men’s doubles combinations in history. Together, ‘the Woodies’ won six of eight Wimbledon men’s doubles finals played between 1993 and 2000, as well as two US Opens, two Australian Opens and one French Open, Olympic gold in 1996 and silver in 2000. The pair combined for an incredible tally of 61 ATP wins across their glittering career together.

Woodforde also won five major mixed doubles titles and in played in three Davis Cup finals (1993, 1999 and 2000) – the most notable being the 1999 final against France which gave Australia its first Davis Cup victory in 13 years.

The Adelaide born left-hander turned professional in 1984 aged 19 and won singles titles at his hometown tournament in Adelaide twice, and made the semi-finals of the Australian Open in 1996, but it was as a doubles player that he made his greatest mark.

Mark Woodforde retired from competition in 2000 before he coached Australia’s Federation Cup team in 2003 and 2004.