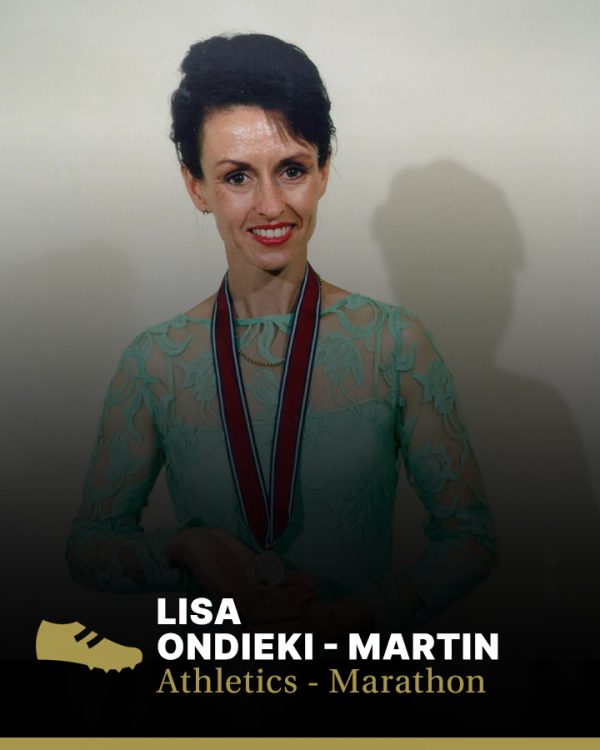 Who would have thought that when a 400m hurdler by the name of Lisa O’Dea, converted to the longer distances, that she would become Australia’s most successful female marathon runner? Initially against the suggestion of running marathons, Lisa was eventually convinced and so began an illustrious career that would span the continents and achieve much success.

In her first attempt at the marathon, Lisa lowered the Australian record by almost five minutes with 2 hours, 32 minutes, 22 seconds, signaling the beginning of an outstanding career.

Lisa participated in the inaugural Olympic marathon at the 1984 Los Angeles Games, finishing 7th in her first sub 2:30 time of 2:29:03. This spurred her on to the Chicago Marathon where she lowered her personal best to 2:27:40. The following year, saw Lisa with then husband Ken Martin compete in the Pittsburgh Marathon becoming the fastest married couple in history when they both had wins in the their divisions, with Ken winning in 2:12:57 and Lisa in 2:31:54.

Lisa participated in the inaugural Commonwealth Games women’s marathon at the 1986 Edinburgh Games, winning gold and lowering her PB to 2:26:07. This event took place in August, then in November she finished 2nd in the New York Marathon in a time of 2:29:12. So began the New York quest for glory.

After an unsuccessful 1987, Lisa became totally obsessed with her athletic career, bouncing back with a win at Osaka, Japan, at the end of January 1988. Her time of 2:23:51 would be her career best and with it the recognition of the world’s fastest time for a women only event on an out and back course. This course record would stand for 11 years, before being broken by Romania’s Lydia Simon with a time of 2:23:24 in 1999.

Lisa went to the 1988 Seoul Olympics as second favourite with Rosa Mota of Portugal considered the one to beat. In the heat of Seoul, and despite stomach problems, Lisa placed 2nd in an excellent 2:25:53. After winning seven and finishing second four times in 13 marathons from 1983 to 1988, she was ranked second in the world by Track and Field News. Two years later at the 1990 Auckland Commonwealth Games (now married to Yobes Ondieki, the first runner under 27 minutes for 10,000m), Lisa won gold again with 2:25:28, which is still the Game’s record.

1991 saw Lisa return to New York, for another unsuccessful attempt at the title, finishing 3rd in a time of 2:28:53. After a DNF at the 1992 Barcelona Olympics, when favoured to win, she returned to New York later that year with a vengeance. Running 2:24:40, she obliterated the field and set a new course record that would stand for nine years. This was to be Lisa’s most memorable run and ranks as her top marathon.

Her determination, tenacity, and undying strength became legendary, and were typified by her stunning win in the Zatopek Track 10,000m race in 1994, which she undertook just two weeks after competing in a marathon in Japan.

The silver medalist from 1988, would return to the Olympic Marathon on one last occasion in 1996, however this was not to be and when looking back on Lisa’s most successful runs, they were all spectacular front running exhibitions. Her string of outstanding achievements includes her being the Australian record holder for the 10,000m (31:11:72) and the Australian best on record for the marathon (2:23:51), and half marathon (1:08:33).