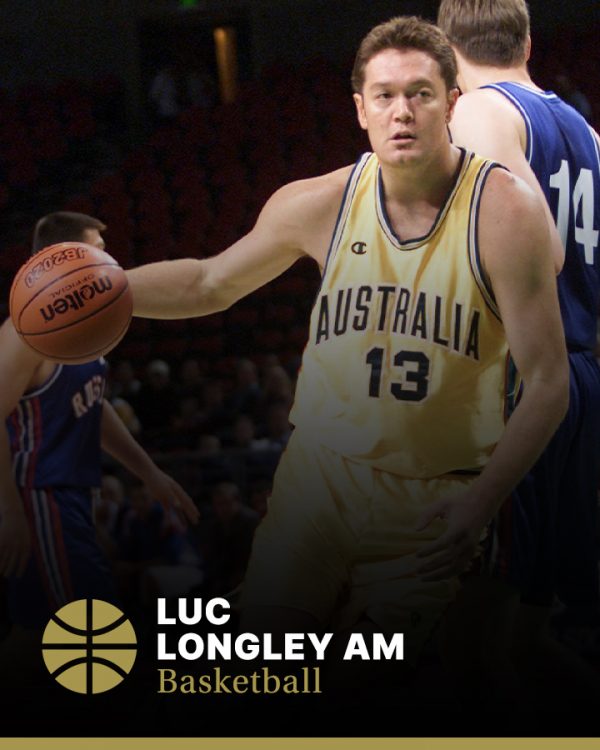 Luc Longley AM was inducted into the Sport Australia Hall of Fame in 2009 as an Athlete Member for his contribution to the sport of basketball.

Longley was the first Australian to play in the NBA after he was chosen by the Minnesota Timberwolves with the seventh overall pick in 1991 NBA Draft.

Longley represented Australia in three Olympic Games (1988, ’92 and 2000), with two of those sides (’88 and 2000) finishing fourth, the highest placing Australia has achieved.

His reputation was such that when he opted to move to the USA he was taken by the Timberwolves at number seven in the 1991 NBA draft.

After his retirement from the NBA he returned to Perth to become part-owner of the Perth Wildcats and an ambassador for the “Be Active” program of the WA Department of Youth, Recreation and Sport.