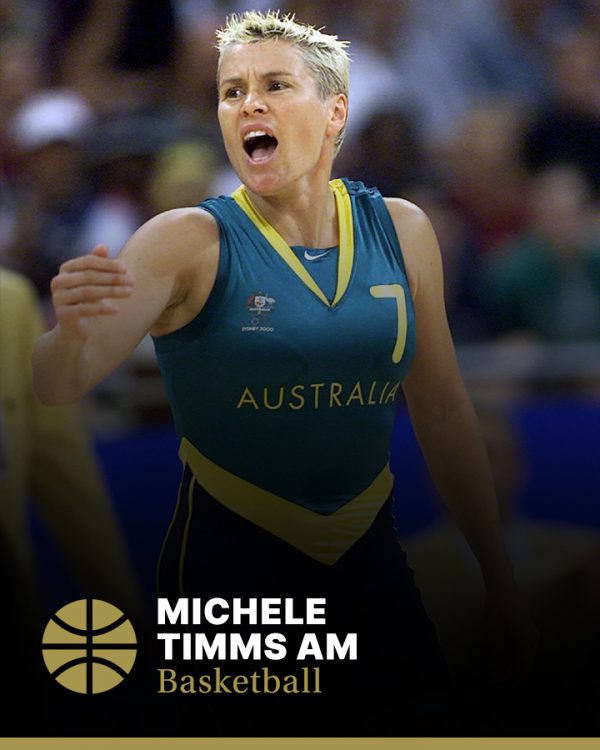 She was the first female Australian basketballer to play in Europe. Her overseas club career was remarkable, starting with Lotus Munchen in 1989/90 and also suiting up for Wuppertal and helping them to the 1996 European Club Title and the German League Title.

Timms then became the first Australian to step onto the WNBA hardwood and to make the WNBA All-Star Game. She famously suited up with the Phoenix Mercury and showed a clear path for several future Opals stars to follow. She even became only the second ever WNBA player to have their jersey retired.

After an injury affected 2000 WNBA season, Timms made a successful return in 2001 for a farewell season. Her emotional farewell to the WNBA in August was headline news. Timms scored the final three pointer. The Phoenix Mercury bestowed the ultimate honour on Michele by retiring her jersey #7 in August 2002. This was just the second time in WNBA history that a number has been retired.

Michele played 264 matches for Australia and was a star in Australia’s teams that won bronze at the 1996 Atlanta Olympics and silver at the 2000 Sydney Olympics. Michele also played for the Opals at the 1988 Seoul Olympics. She represented Australia at four World Championships, 1986, 1990, 1994, and finally in 1998 where the team won bronze. She played 81 official international games for Australia (World Championships and Olympics) and a further 199 international games of other classification.

Inspiration: “Shoot for your dreams”