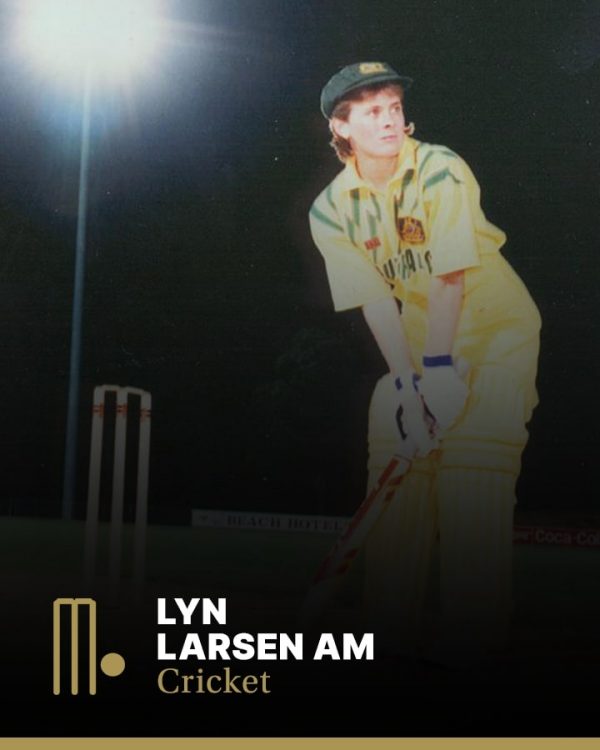 In a career spanning from 1981 to 1994, Lyn Larsen changed women’s cricket forever, setting numerous records that are unlikely to be beaten.

Larsen became a member of the Australian team to India in 1984 and represented her country with distinction until 1994. Selected as captain in 1986 at 22 years of age, Larsen was the youngest person to achieve this honour.

Larsen played in 15 Test matches, captaining Australia in 10 Tests, becoming Australia’s most successful captain, winning five and drawing five. Larsen scored 410 Test runs for an average of 41.0, and took 26 Test wickets at an average of 18.73.

Larsen led by example and was a true professional as captain during a period when Australia dominated the international scene. Her outstanding leadership has had a far-reaching effect in developing the profile and recognition of women’s cricket and women’s sport generally.

Larsen was an Australian selector for three years from 1990 to 1992 and retired from international representation in 1994. She was appointed as Manager of the Australian Youth Team that toured India in 1994/95.