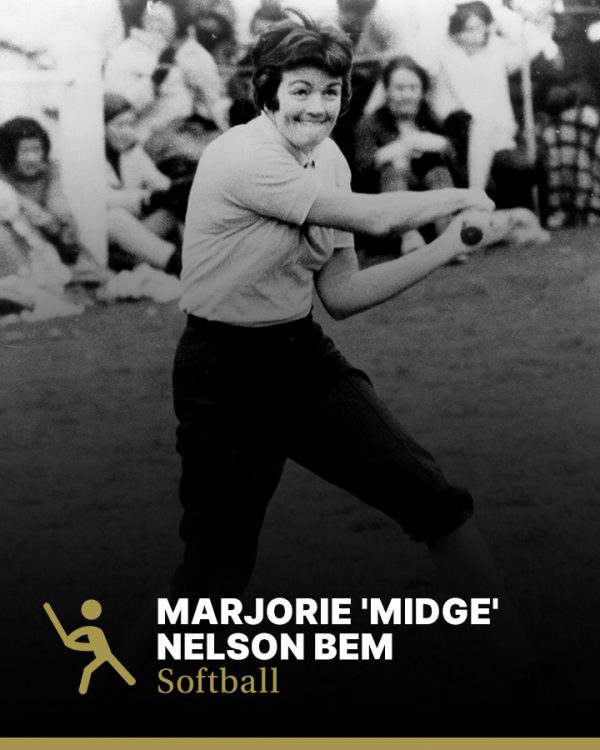 ‘Midge’ Nelson is regarded as one of Australia’s greatest softball players, competing in four World Series, 1965 (Melbourne), 1970 (Osaka), 1974 (Connecticut) and 1978 (San Salvador), a record that was passed by fellow Australian Joyce Lester in 1994. In 1965, Australia won the World Series, Nelson playing a key role in the victory. A natural athlete, Nelson also represented Australia in hockey, and Victoria in basketball.

In an international career that spanned 18 years from 1960 to 1978, Nelson was captain of the Australian team from 1973 to her retirement. She played 54 matches for Australia, 25 as captain, and had an overall career batting average of .205 and a career fielding average of .994.

In 1983 Nelson was inducted into the International Hall of Fame and in 1985 she was inducted into the Australian Softball Hall of Fame. In recognition of Nelson’s outstanding playing career, the Australian Softball Federation struck a special medal, the “Midge Nelson Medal” to be awarded each year to the Most Valuable Player at the national championships.