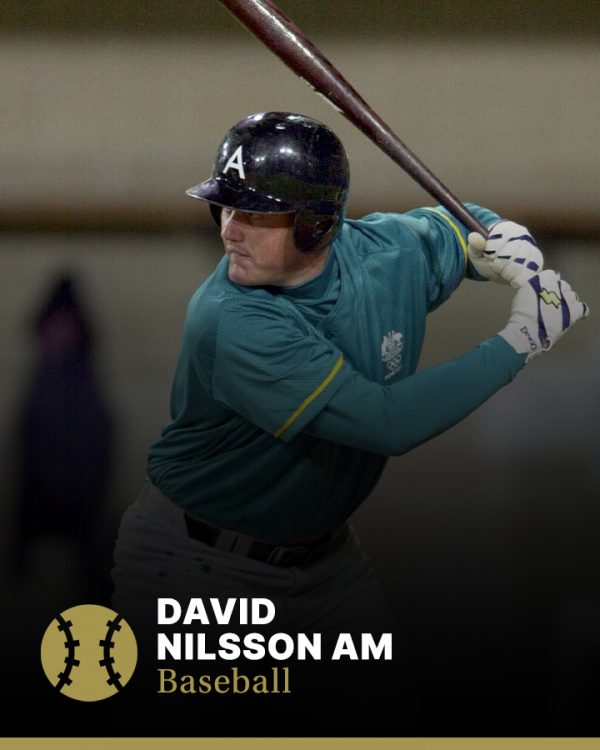 David Nilsson AM was inducted into the Sport Australia Hall of Fame in 2008 as an Athlete Member for his contribution to the sport of baseball.

Nilsson may be one of the few Australian sportsmen to be more famous in the USA than in his own country, thanks to his performances with the Milwaukee Brewers between 1992 and 1999.

Yet at the peak of his US fame – after being selected as a US National All Star in 1999 – Nilsson declined to take up a new US contract in order to captain Australia in the 2000 Olympics. The Australians finished seventh but Nilsson’s faith in Australian baseball was rewarded four years later when he was a member of the team which won silver at Athens.

Queensland born Nilsson came to notice first with the Brisbane Bandits and then with the Melbourne Reds in the Australian Baseball League, but in 1992, aged 23, was signed by the Milwaukee Brewers.

Over the next seven years with the Brewers he amassed the impressive record of 837 games, 789 hits, 105 home runs and a career batting average of .284.

Among many career highlights, on 19 May 1996, Nilsson became the first Milwaukee Brewer to hit two home runs in the same innings (the 6th, vs. Minnesota Twins), but his greatest accolade was being named a US All-Star in 1999.

At this point he was named by Australia’s BRW magazine as Australia’s second highest earning sportsman, behind only golfer Greg Norman. His earning potential in the USA was considerable, yet Nilsson returned to Australia to try to build the profile baseball in Australia. It is a project in which he is still engaged.