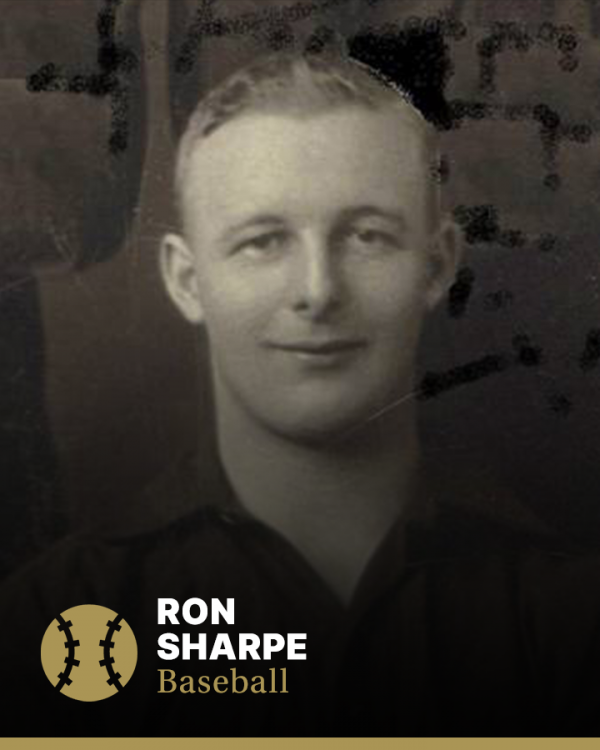 Ron Sharpe is regarded as Australia’s finest ever baseballer, and his feats have been recognised in the United States where he received the Helms Athletic Award in 1950 and where his name has been recorded in baseball’s Hall of Fame.

His deeds also caused the Helms Foundation to present to the Australian Baseball Council (now Federation) a perpetual trophy to be awarded to the most valuable player in the Claxton Shield series each year. It is called the Ron Sharpe Trophy and was presented in his honour.

He played, pitched and coached the Goodwood Club in the South Australian Baseball League competition from 1922 to 1946, during which time the club won 16 premierships and was runner up four times. He won a number of League and club best-player awards in his time.

In 1925 and 1928 he represented Australia in games against a visiting American fleet and Stanford University and in 1930 he won the inaugural best and fairest player award in the South Australian Baseball League District competition.

His notable performances include striking out 19 batters while conceding only three hits and four walks against New South Wales in 1931. Then in 1935, in another interstate game, he pitched the entire game of 16 innings, which South Australia duly won.

He was a baseball reporter for the ‘Adelaide News’ from 1923 to 1953. After his long and successful career as a player and coach, Sharpe became a dedicated administrator at club, league and Australian level. He was made a life member of the South Australian Baseball League in 1949. Sharpe was always a gentleman on and off the sporting field and was greatly admired.

Sharpe was an inaugural inductee into the Australian Baseball Hall of Fame in 2005.