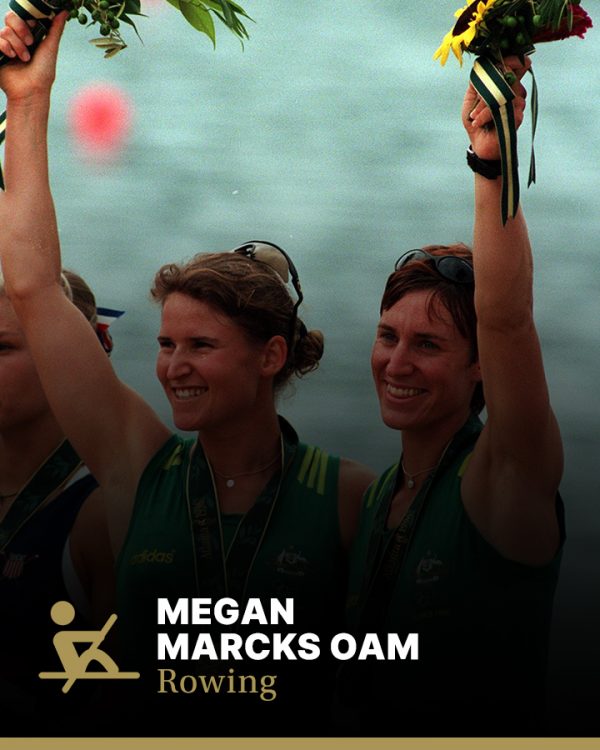 Megan Marcks OAM was inducted into the Sport Australia Hall of Fame in 2003 as an Athlete Member for her contribution to the sport of rowing.

Marcks first started rowing in 1988 (as Megan Still) through the Talent Identification Program set up by Alan Hahn at the Australian Institute of Sport. She is possibly the finest example of such a program, starting as raw talent and rising to world champion and Olympic gold medallist in 1996. Along with her partner, Kate Slatter (now Allen), they became the first Australian gold medallists in women’s rowing.

Marcks had her first taste of Olympic competition at the 1992 Barcelona Games where she was a member of the Australian women’s four that finished sixth. Marcks and Slatter then won Australia’s first ever Olympic women’s rowing gold medal in 1996 at the Atlanta Games, where they defeated the highly fancied USA pair by 0.29 seconds.

Marcks was awarded the Medal of the Order of Australia (OAM) for her services to rowing.