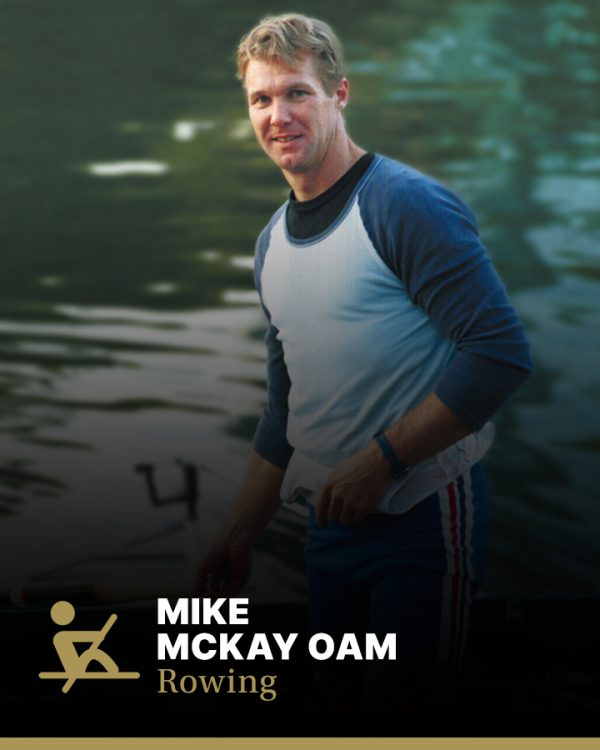 Michael McKay OAM was inducted into the Sport Australia Hall of Fame in 2007 as an Athlete Member for his contribution to the sport of rowing.

Michael McKay is considered one of Australia’s most successful oarsmen over the long history of the sport, as can be demonstrated by his results. He competed in five successive Olympics from 1988 to 2004, was a finalist in all and won medals at four of them. He won gold with the ‘Oarsome Foursome’ at the Barcelona and Atlanta Olympics, silver with the eight in Sydney and bronze with the eight in Athens. He was also a finalist, finishing fifth, with the eight in Seoul.

In July 2007, Mike was awarded the prestigious Thomas Keller medal in recognition of his outstanding contribution to rowing as a competitor and sports personality, and to this day he is esteemed as a sportsman of great note to our aspiring champions.