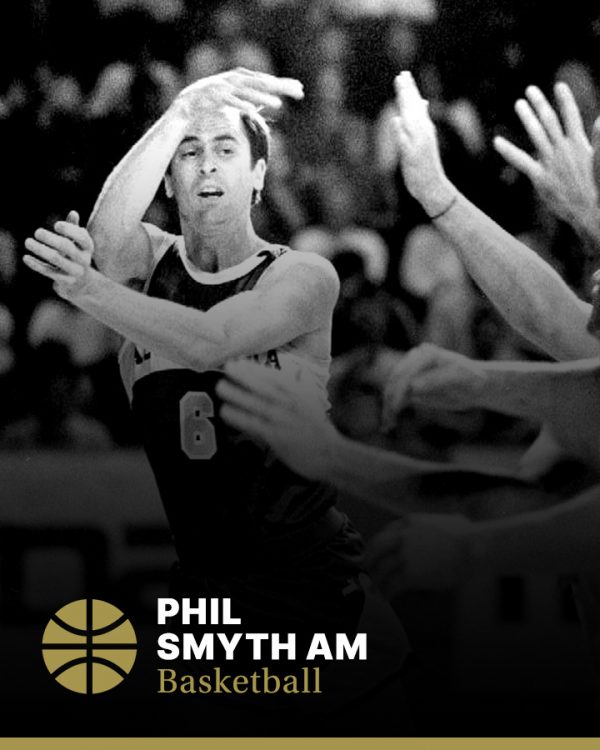 Phil Smyth AM was inducted into the Sport Australia Hall of Fame in 1997 as an Athlete Member for his contribution to the sport of basketball.

For almost two decades Smyth was as much a part of the Australian men’s basketball team as its green and gold uniform. He has been a significant contributor to the development of the sport in Australia, setting a standard that has assisted in establishing Australia at an international level. Having played 346 senior games for Australia, Smyth can lay claim to have played more games for Australia than any other male basketballer.

As the team’s point guard, Smyth was responsible for controlling the team’s tempo and play selection and became known in Australia and around the world as ‘The General’. In addition to being a fine shooter, playmaker and defensive player, he was renowned as one of the most astute basketball players Australia has produced, and perhaps its finest ever court leader commanding great respect from his peers.

Smyth’s dynamic impact on his sport flowed through into Australia’s National Basketball League where his contribution was also outstanding. In a career of 356 NBL games, he scored 4980 points at an average of 14 per game. He is number four on the all time free throw percentage list, number three on the all time list of assists, and number two for steals. Phil was captain of the Canberra Cannons when they won back-to-back NBL titles in 1983 and 1984, then again for a third championship in 1988. He’s a six-time NBL All Star and was voted the League’s best defensive player in 1988 and 1989.

Regarded as one of the greatest basketballers Australia has produced, Phil Smyth has been a pioneer of what is one of the most popular and ever expanding sports in Australia. He has set standards on and off the court and boasts one of the longest and most illustrious careers in Australian basketball.

1988: Made a Member of the Order of Australia (AM) for services to basketball