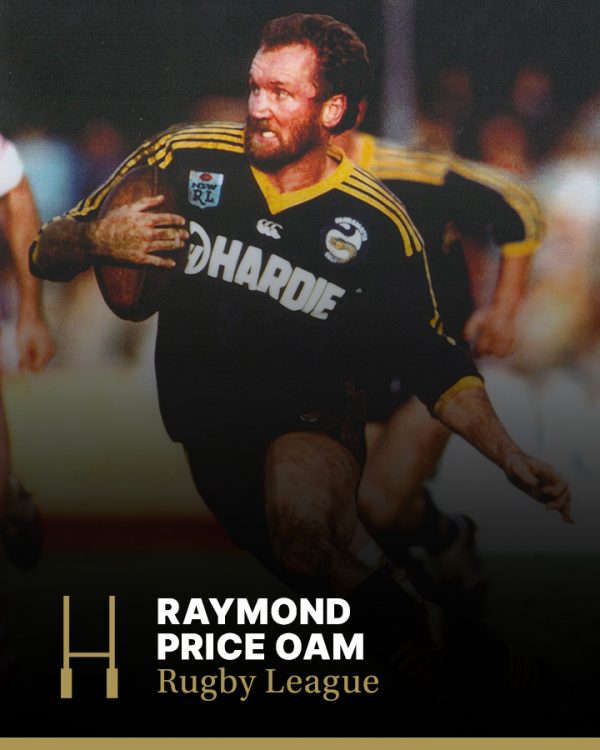 Raymond Price OAM was inducted into the Sport Australia Hall of Fame in 1992 as an Athlete Member for his contribution to the sport of rugby league.

Renowned for his courage and high level of activity on the field of play, Price represented Australia in both rugby league and rugby union. He played for Parramatta (Sydney) in both football codes, as a breakaway forward in union and as a lock forward in league.

He played eight union Test matches in 1974/75 and was a member of touring teams to New Zealand, Britain and France. After touring with the Wallabies, he switched to league and represented Australia from 1978 to 1984, being vice-captain in 1984. He was a member of the successful Kangaroo teams of 1978 and 1982 and toured New Zealand in 1980.

The winner of the Rothmans medal for best and fairest player in the 1979, Price was an ungainly but courageous and indefatigable athlete. He also won the Harry Sunderland medal in 1979 as the best Australian player in a home Test against England, and was the Dally M. Player and Lock of the Year in 1982.

He was awarded the Medal of the Order of Australia (OAM) for his service to rugby league in 1985.