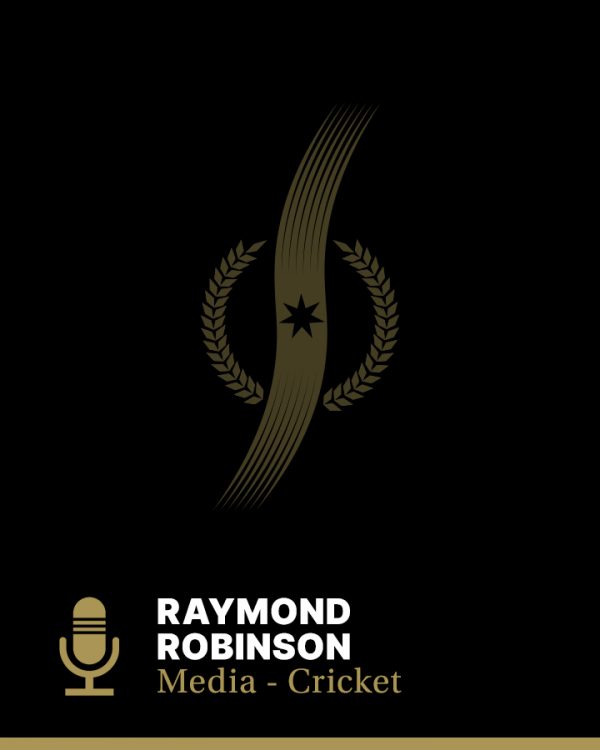 Ray Robinson would have to be the most widely read Australian cricket writer, reporting on major matches for more than half a century. His Test match comments appeared in up to 20 cities around the world, but it was through his six books that he was best known. For years he watched cricket through binoculars, producing material unmatched by any Australian.

Robinson was a fully trained journalist, with a background in police rounds, foreign news, industrial work, and on subediting tables. He served his cadetship with the Melbourne Herald Sun group in 1925 and began writing on cricket in 1930 for the Melbourne Star, one of Australia’s first tabloids. He first toured England in 1934 with Bill Woodfull’s team. He was always searching for the precise word or phrase to describe events. He was an astonishing fact finder, continually probing cricket officials until he knew how each man voted, whether it was for personal gain or the good of Australian cricket.

His first book, Between Wickets (1946) was also one of his best and gave Australians a stake in a field dominated by English writers. It was followed by From the Boundary (1951), Green Sprigs (1954), the title of which was changed to The Glad Season in some countries, The Wit of Sir Robert Menzies (1966), The Wildest Test (1972), and the oddly titled On Top Down Under (1975), a classic in painstaking research and pithy commentary.

He was the Australian cricket writer for the London Daily Telegraph for 30 years and contributed to The Cricketer magazine, England, for around the same period. He wrote regularly for Wisden and for papers as widespread as the Jamaica Gleaner, Trinidad Guardian, The Times of India, and the Argus in South Africa.

Robinson was respected by cricketers everywhere for his tact in deciding what to print, and for the trust he gave confidential information.