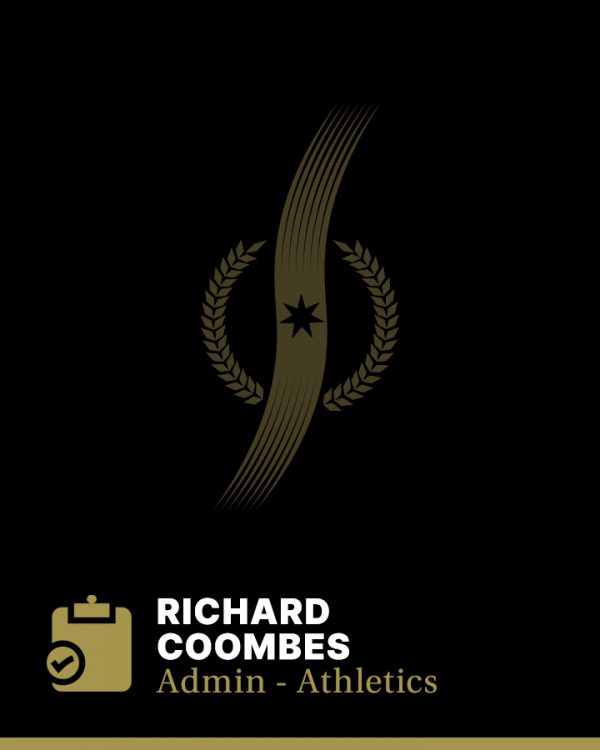 Richard Coombes was possibly the most significant figure in amateur sports administration during the first half of last century.

Growing up in England, Coombes was active as a harrier (captain of the Harefield Hare and Hounds Club), a sculler (captain of the Waldergrave Rowing Club) and as a walker, in which sport he became a champion of the London Athletic Club. He was also, in the days of penny-farthing cycles, captain of the Kingston-upon-Thames Bicycle Club.

Coombes arrived in Sydney in 1886 and was confronted with so much sport but so little administration. He reacted like a missionary, addressing himself first to Victoria, then New South Wales and later to Queensland. He became involved in the foundation and management of a variety of sporting organisations, notably the NSW Amateur Athletic Association which he helped to form in 1887. He was vice-president until 1893 and thereafter president until hi sdeath in 1935. He also founded, in 1888, the Sydney Amateur Walkers’ Club, and the Sydney Harriers. As president of the Amateur Walking Union of Australia he drafted its rules which were widely adopted. He drew up the International Amateur Athletics Federation’s (IAAF) first international rules on walking.

Coombes began to contribute articles to the Sydney Referee. Joining its staff in 1890, he was associate editor from 1919 to his retirement in 1933. Journalism gave Coombes an opportunity to indulge his other sporting interests including rowing, sculling, rifle shooting, cycling, and coursing. Under a variety of pen names, he wrote on athletics and rowing as ‘Argus’, coursing as ‘Amesbury’ and rifle shooting as ‘Binocular’. At various times he also wrote for the ‘Arrow’ and the Sydney Sunday Times. After Edwin Flack won in Athens in 1896, he sent long accounts of his exploits to Coombes for publication in the Referee.

As manager, Coombes took an Australian athletics team to New Zealand in 1889, the first of 20 visits. In 1891 he was interested by a proposal in the London Greater Britain that a ‘Pan Brittanic and Anglo-Saxon Olympiad’ be held. With Basil Parkinson of Victoria, he arranged the first Australasian championships in Melbourne in 1892 with contenders from NSW, Victoria and New Zealand: they were intended to produce competitors for the Olympics, but the scheme fell through. In 1895 he took a team to Queensland, and helped to set up the Queensland Amateur Athletic Association. While in Queensland, he wound up acting as a mediator between rival athletic factions in the north and south of the state, and was instrumental in the creation of the Queensland Amateur Athletic Association.

He was founding president of the Amateur Athletic Union of Australasia (then Australia) from 1897 until his death in 1935. Coombes became chairman of the Australian organising committee for an Empire Sports Carnival to celebrate the coronation of George V in 1910; next year, as honorary manager, he took athletes to London.

He dominated the Olympic movement in Australia for three decades, and was Australasia’s first representative on the International Olympic Committee for 27 years from 1905. He organised the formation of all state Olympic Committees, and convened the meeting at which the Australian Olympic Federation was founded in 1914. He also managed the Australian team that went to the 1920 Antwerp Olympics.

Possibly Coombes’s fading skills were responsible for a row that broke out over his rulings against two Victorian walkers at the Adelaide Australasian championships of 1922. Coombes, who as ‘Argus’ had the advantage of being able to report on his own case, was never forgiven by the Victorians, who in 1924 and 1926 challenged his presidency of the Amateur Athletic Union.

Coombes was also responsible for the foundation of the NSW National Coursing Association and later of the Australasian Coursing Union. He was captain of the Sydney Rifle Club from 1907 to 1924, and vice-president of the Metropolitan Rifle Clubs’ Union. He was a dignified figure, never losing his English accent. The Coombes Memorial Prize commemorates his interest in athletics, as does his familiar description, ‘the father of Australian athletics’.