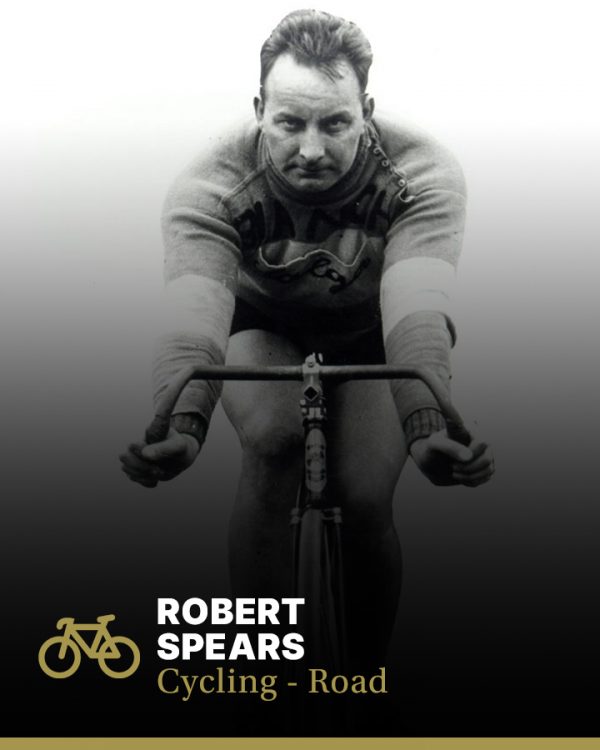 Robert Spears’ victory in the world’s sprint championship in Antwerp in August 1920 was a triumph for Bob and Australia. That victory and his three successes in the Grand Prix of Paris, proved him to be the first great sprinter Australia produced and probably among the first dozen the world provided.

Spears’ finishing sprint over the last 100yds was of the explosive type. Scores of times he was placed in what looked like a hopeless position when 150yds from the winning post, when he would come high up on the track to snatch victory by a few inches. His method in racing was to take as little as possible out of himself to gain first place, to win with the least effort. Spears would never try to win by a hundred yards when a few inches would do the trick.

Spears won his first race in Dubbo, New South Wales, at the age of 14. He started serious racing early in 1910. His first win of importance was in Rockhampton, Queensland, in the wheelrace. At the eight hours day sports in Sydney, he won the double -the one and two mile events. Near the end of December he visited South Australia and was successful in the lap dash, half mile, and finished second in the two mile wheelrace. That season, Bob won the half and one mile championships of NSW. The following year, he showed great improvement to win the five mile championships of Australia.

Early in 1913, he finished second in a six-day race in Sydney and won a similar event in Melbourne. At the end of the 1913 season he travelled to America and after a successful opening, he demonstrated his class by winning the five mile championship of Vailsburg, and with Joe Fogler, won the team sprint race. In 1914 he won numerous match races and won the three mile national championship of America. During the 1918 season he won 27 races to win the all round championship of America.

Bob went to Europe in 1919 and caused a sensation by decisively defeating all the European champions. During the trip, he won 19 races and won the six day race. He was soon recognised as the fastest sprinter in the world.

At the end of the European season, Bob came back to Australia and rode part of the season in Sydney, winning several handicaps, including the golden wheelrace, and the six scratch races he entered.

He travelled back to Europe for the 1920 season, winning the Grand Prix of Paris. Then came his victory in the world’s sprint championship. The starters in the final were Spears, Bailey from England, and Kauffmann from Switzerland. Bob won by over a length from Kauffmann. He finished second in 1921 and 1922.

Bob raced in Europe in 1924 and 1925, riding well and winning races, however he failed to show the wonderful sprinting of 1919 and 1920. He made a comeback in 1932 at Canterbury Sydney but was only a glimpse of his former self.