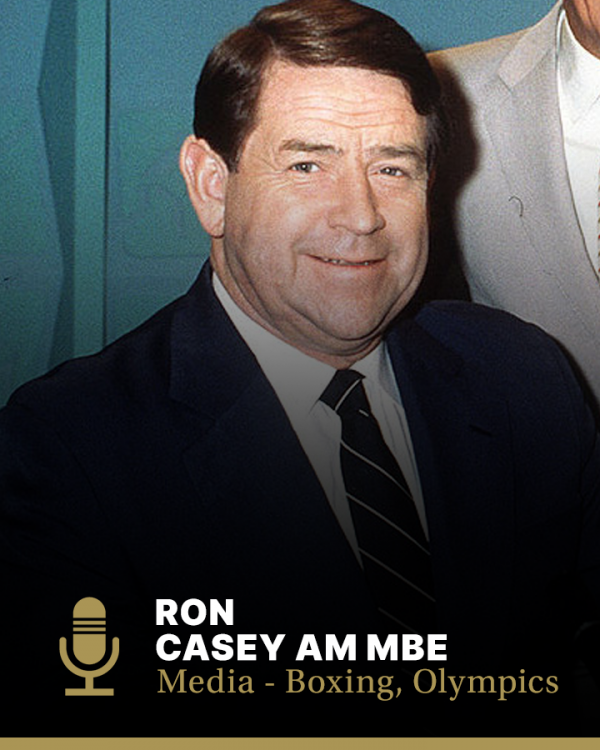 When Ron Casey retired as Managing Director of Channel 7, it ended 44 years of broadcasting with 3DB and Channel 7.

During his time at Channel 7, Casey developed the station as a major producer of drama, in addition to establishing the association with the AFL, Tennis Australia, The Australian Masters Gold Tournament and the Australian Olympic Committee. He developed World Of Sport which was to run for 30 years, and TV Ringside which produced two world and four Commonwealth champions. Casey oversaw the marriage between sport and television.

During his broadcasting career his international assignments included numerous world title fights and ten Olympic Games. During his time at Channel 7 he served on the Board of the Federation of Australian Commercial Television Stations, including three terms as Chairman.

In 1991, Casey was the first media ‘megastar’ to take the helm of an AFL club. Under his astute Chairmanship until his death in 2000, the Kangaroos became the most powerful and successful side of the 90s with the club winning flags in 1996 and 1999. He spent a lifetime broadcasting and televising sporting events from all corners of the globe but his one true sporting love was always the Kangaroos.