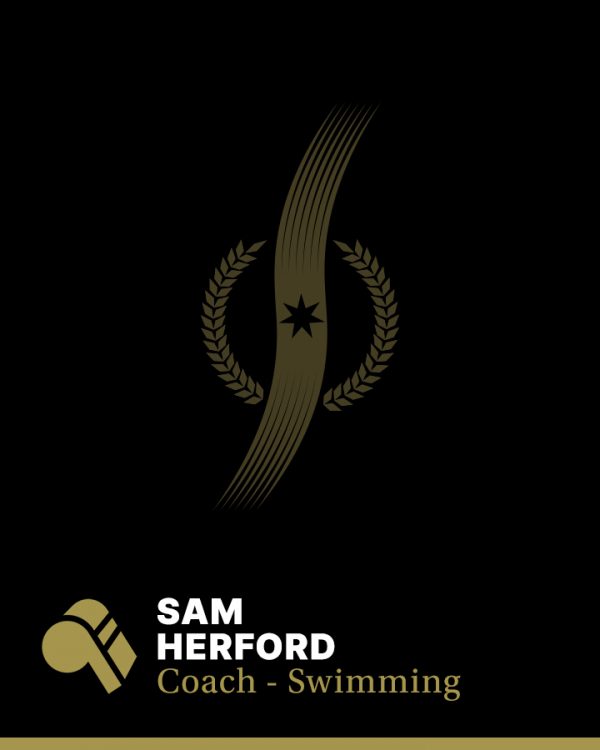 Australia produced all the Olympic champions in men’s freestyle and backstroke during the 1956 Melbourne Games and the 1960 Rome Olympics. A large part of those champions were coached by the great Sam Herford.

Herford’s background in swimming began with his own competitive career in which he won three Australian national titles, competing against Australian legend Andrew “Boy” Charlton in the freestyle events. He set over seven national records between 1931 and 1933. As a swimmer for the Manly Swim Club and the New South Wales Swimming team, he won all the 880yds and one-mile championships as well as winning the Open Surf championships of Australia.

It was after his own swimming career ended in 1936 that Herford began coaching the NSW team and developing Olympic champions from novice swimmers. As coach of the 1956 and 1960 Australian Olympic teams, he helped to lead Australia into and through our most prominent years on the international scene.

In the lead up to the 1956 Melbourne Games, the swimming squad travelled to Townsville, Queensland, to begin its swimming program. The swimmers worked out each day for twelve weeks against a pace clock at the Tobruk Memorial Baths under the supervision of coaches Frank Guthrie, Harry Gallagher, Forbes Carlile, and Herford. The rivalry between coaches was such that one would spy with binoculars on the training sessions of another from a hill overlooking the pool. It was at times unfriendly but it achieved results. During a single carnival in Townsville, the swimmers broke 13 Australian records and six world records.

His swimmers ranged from world record holder and Olympic champion Murray Rose in the 400m and 1500m events to John Devitt in the 100m sprint. Rose and Devitt won ten Olympic medals between them, including six gold.

Herford also coached the Commonwealth Games teams of 1958 (Cardiff) and 1962 (Perth) and his own swimmers won medals on every Commonwealth team from 1958 to 1966 (Jamaica).

Herford was one of the key contributors to the golden age of Australian swimming. Rose once said, “He used techniques and methods that brought out the best in me. He was a non-scientific coach and worked from his gut instincts. He instilled in me a very good knowledge and feeling of pace.”