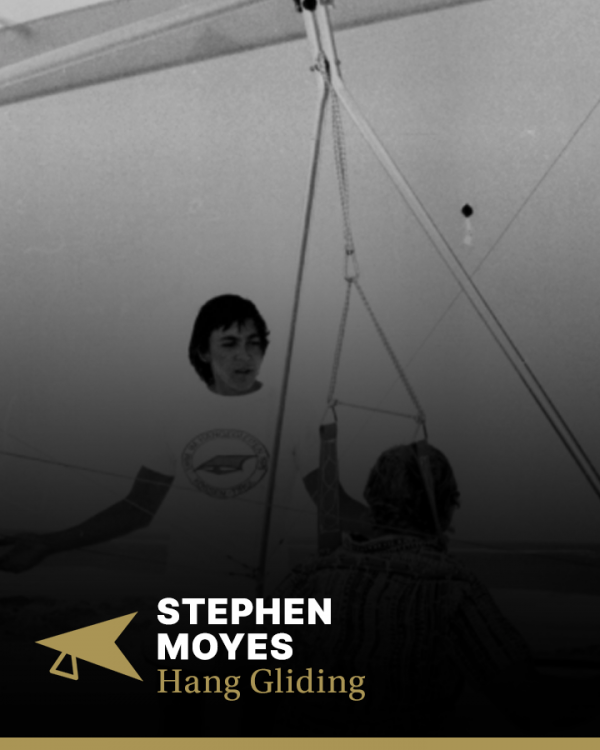 Stephen Moyes was inducted into the Sport Australia Hall of Fame in 1992 as an Athlete Member for his contribution to the sport of hang gliding.

Moyes remains regarded as being the mainstay of Australian hang gliding teams throughout the 1970s and 1980s. It is testimony to his championship qualities that he remained in the top echelon of the sport internationally for almost two decades.

Moyes began boat towing with his father Bill in the early 70s but it was the advent of serious foot-launched competitions that provided him with the opportunity of displaying his amazing flying ability.

He was the consummate competition pilot, combining an uncanny natural ability with a single-minded determination to always do well.