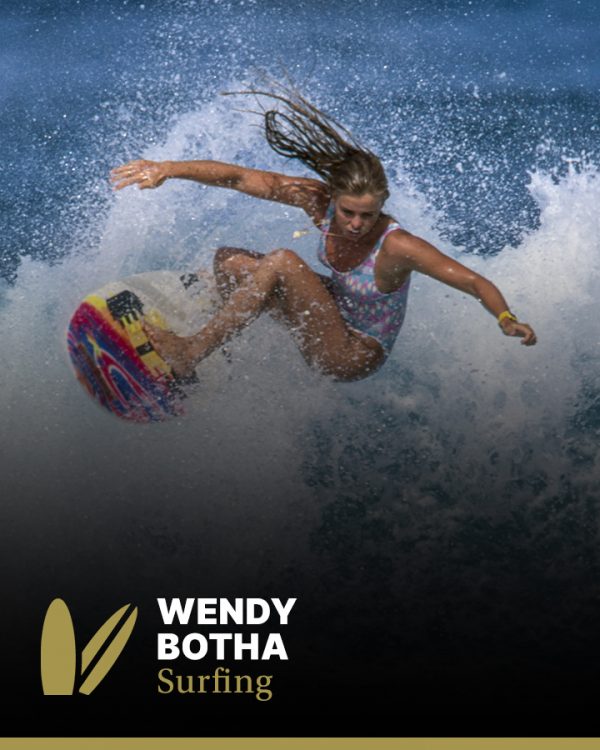 Wendy Botha was inducted into the Sport Australia Hall of Fame in 2018 as an Athlete Member for her contribution to the sport of surfing.

Wendy Botha was a world-beating pioneer in women’s surfing for both her native South Africa, and Australia, where she moved to midway through her inspirational career. She won a record-equally four world championships.

Raised in the powerful, shark-infested surf of East London, Botha first appeared on the international tour at the 1983 Gunston Pro in Durban, aged 17, having already won four national titles as an amateur. Although results did not come immediately her aggressive style -a result of growing up competing against men -made a big impression. She quickly improved, breaking into the top eight in 1985 and claiming her first world title in 1987.

She became an Australian citizen in 1989 and won a record seven events as a freshly naturalised citizen, making her Australia’s first female to win a professional world title. She won again in 1991 and 1992, becoming the first woman to twice regain the title. It took her to 24 event wins, the most by any woman at that time. She retired in mid-1993 and moved to New Zealand to marry football star Brent Todd.

2009: Inducted into the Surfing Walk of Fame in Huntington Beach, California, as that year’s Woman of the Year