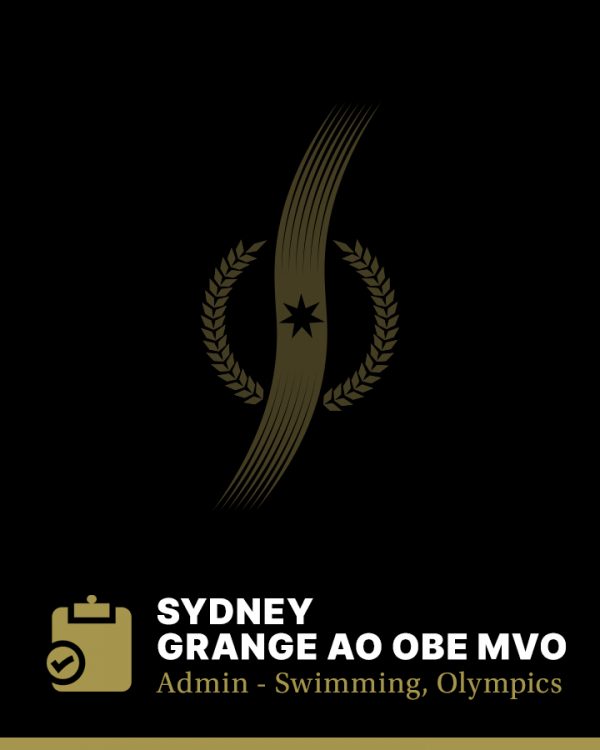 Sydney Grange began his career as assistant registrar of the New South Wales Amateur Swimming Association, a post which sometimes involved rowing a dinghy for the diving judges at the tidal Abbotsford Baths. Grange went on to become the honorary secretary and treasurer of the NSW Olympic Council from 1948 to 1972.

Between 1959 and 1985 he was a member of the National Executive Board of the Australian Olympic Federation and vice president between 1972 and 1977. From 1977 until his retirement in 1983, he was president. Upon retirement he became honorary life president.

He served on the Australian Commonwealth Games Association Executive Board from 1969 until 1980.

Grange was Sectional Manager (Swimming) for the Australian Olympic team at the 1952 Helsinki Games, General Manager and Chef de Mission for the 1960 Rome Games, and Director of Administration for the 1964 Tokyo Games and the 1968 Mexico Games. He was also a member of the Organising Committee for the 1956 Melbourne Games.