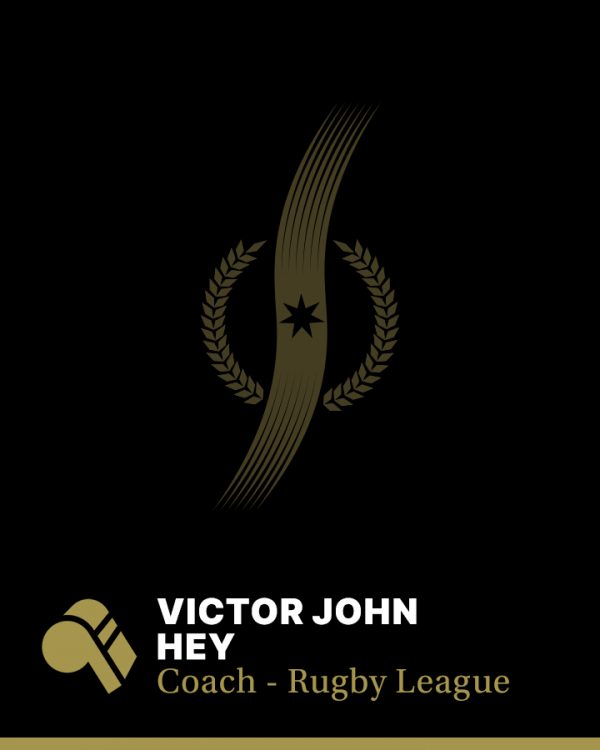 In 1933 Vic Hey hit the rugby league scene as hard as one of his trademark tackles. Unknown at the start of the year, he went straight into first grade and by the end of the year was on his way to Great Britain as part of the Kangaroo tour.

Hey helped Wests win the 1934 premiership before switching to Toowoomba and winning Australian selection again in 1936. At the end of that season, he was lured to England, where he led Leeds to consecutive Challenge Cup victories.

Hey spent three years as player-coach of English club Dewsbury and was with Hunslet before returning home to Australia to take over the newly established Parramatta Club in 1948, the club’s second year in grade football. Hey continued to play, although he missed a number of matches in both 1948 and 1949. At 34, Hey, against the wishes of his young teammates decided it was time to retire.

He continued to coach Parramatta for another four years, then coached Australia to Ashes victory over Great Britain in 1950 and 1954. The 1950 series win was the first for Australia against the old enemy in 30 years. Hey coached Canterbury in 1955 and 1956 and Wests in 1958 and 1959.